A lawsuit, submitted by private individuals to a PA court on October 22, is suing Britain for issuing the Balfour Declaration, as well as for crimes committed by British soldiers during Britain’s Mandate, Palestinian Media Watch (PMW) reported on Sunday.

According to an October 23 report by the PA daily Al-Hayat Al-Jadida, the lawsuit lays the responsibility of the “Balfour Promise” on Britain, a promise which “gave Palestine as a national homeland to the Jews and enabled the Zionist gangs to occupy Palestine,” violating international law. 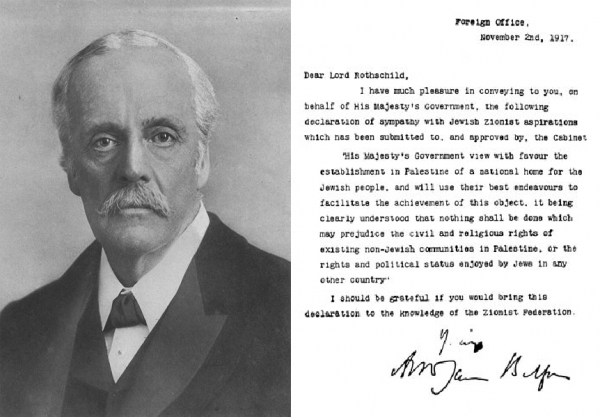 Portrait of Lord Balfour, along with his famous declaration. – Photo courtesy: Wikimedia Commons

The lawyer representing the plaintiffs, Luay Abdo, is confident about the suit’s success in Palestinian courts, Al-Hayat Al-Jadida reported on November 18. Abdo highlighted that the goal of the trial is “to extract a confession from Britain that the Balfour Promise destroyed the life of an entire Palestinian people and entity, whose place was taken by a racist colonialist entity.”

Palestinian courts are hearing testimonies. A 100-year-old man testified to the Nablus Trial Court “about the cooperation between the Zionist gangs and the British Mandate army.” Examples include the exchange of weaponry and appointments to positions of power.

Meanwhile, the UK Foreign, Commonwealth and Development Office website reports that, over the last five years, Britain has donated the equivalent of $632,443,199 to Palestinian causes. These sums are expected to only increase in the upcoming year.

PMW explains that the historically important document appears to not have had as much power as the suit claims – the power to give land away and enable Zionist control. It was a statement of policy reflecting solely the position of the UK, a document that was immobile and powerless without significant support from the greater international community, later gained.

This eventually led to the adoption of the Partition Plan by the UN in 1947, and the subsequent establishment of the State of Israel.

Britain has responded before to the claims that the Balfour Declaration carries the weight of full responsibility for the establishment of Israel. 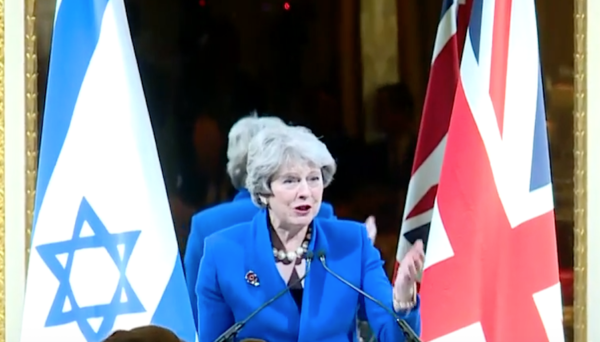 In October 2017, then-prime minister Theresa May said to the House of Commons, “We are proud of the role that we played in the creation of the State of Israel.”