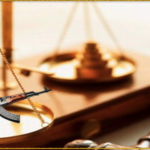 A lawsuit, submitted by private individuals to a PA court on October 22, is suing Britain for issuing the Balfour Declaration, as well as for crimes committed by British soldiers during Britain’s Mandate, Palestinian Media Watch (PMW) reported on Sunday. Continue Reading »