Tragerman family pens passionate plea to Ban to address Hamas war crimes, against it’s own people, (not just against Israel), after having hypocritically and immorally  announced that a UN committee would investigate only “Israeli crimes” during Israel’s defensive Operation Protective Edge.

Gila and Doron Tragerman, who lost their 4-year-old son Daniel in a mortar strike from the Gaza Strip during Operation Protective Edge, have called on UN Secretary-General Ban Ki-moon to speak out against Hamas’s crimes. 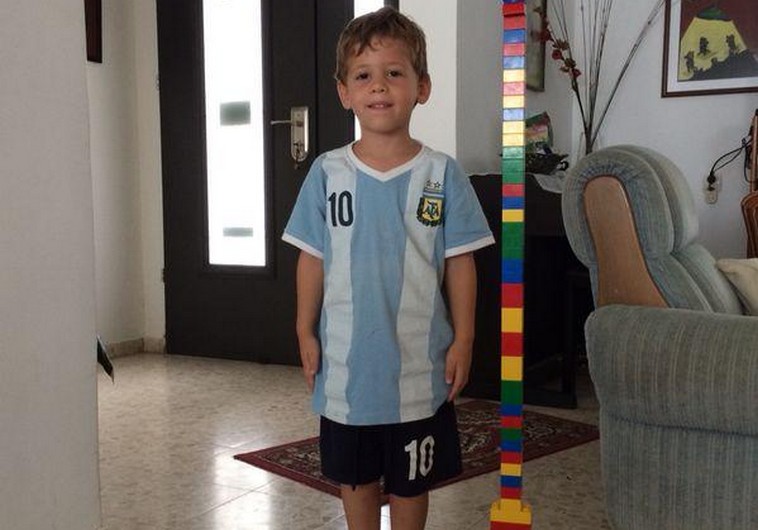 Daniel Tregerman ז”ל, the four-year-old boy who was killed by a mortar which struck a kibbutz near the Gaza frontier. – Photo from: TWITTER

In a letter sent to the UN chief on Thursday, Gila Tragerman describes the death of their son and the experience of living under constant rocket threat in recent years at their home in Kibbutz Nahal Oz. In addition, she slammed the UN’s decision to open an investigation into Israel’s actions during Operation Protective Edge.

“I am an Israeli citizen, a resident of Kibbutz Nahal Oz which borders Gaza. A week ago we lost our oldest son, four-and-a-half year old Daniel, who was killed by a mortar shell fired from Gaza at the kibbutz. I am turning to you as a result of your announcement to Prime Minister Binyamin Netanyahu about your decision to form an international committee to investigate ‘Israel’s crimes’ during the recent fighting in Gaza.”

Gila wrote of the family’s considerations over the years of whether to leave the kibbutz for a safer place without constant rockets, mortar shells and alarm sirens. “And then came the tunnels. Terror tunnels dug by Hamas leading from Gaza to under our houses in order to harm us. At night we heard sounds of digging under the ground beneath us. So, in the past six months our children slept with windows closed and locked. We feared  they would be kidnapped.”

Tragerman asked the UN chief to imagine what the family’s life must have been like, living in constant fear of rockets and terrorists emerging from tunnels.

She said that Daniel had been killed by a mortar, in front of his little sister and best friend, despite all cautionary measures taken.

“We failed. We couldn’t save our beautiful and talented baby. Daniel was murdered by a mortar shell which Hamas operatives fired from within an elementary school in neighboring Gaza. This was not an errant shell. It wasn’t an accidental death. From inside a school, terrorists purposefully fired at the kibbutz in order to murder civilians – children, women and the elderly,” she wrote.

She explained that the family had learned of Ban’s decision to probe Israel’s actions during the operation in Gaza while the family was sitting shiva, the customary Jewish period of mourning.

“You sent the announcement to Prime Minsiter Netanyahu – we learned – exactly a half hour after our Daniel was killed…you informed the prime minister that the committee would probe ‘Israel’s crimes.’ The investigative committee will not be asked to probe how it is possible that terrorists fire weapons from inside UN buildings and from schools,” she charged.

“The committee also will not be checking how it can be that, inside UN buildings and inside hospitals in Gaza thrives a terror infrastructure, precisely planned over a long period, or how murderers exit those same buildings to perpetrate terror attacks against innocent people.”

She also queried whether the secretary-general would instruct the committee to investigate the crimes perpetrated by Hamas against the Palestinian population of Gaza.

She said Hamas terrorists were part of the same global terror threat that had kidnapped 43 UN peacekeepers in the Golan Heights last week and beheaded innocent people in Syria and Iraq. They were the same terrorists who carried out the September 11 attacks and threaten the democratic way of life in the US and Europe and all over the world, Tragerman added.

Tragerman told of how her husband’s family, who has lived on the Gaza border for years, once had friendly relations with their Gaza neighbors, employing them in their fields. “Daniel’s grandmother would drive them home in the evening, at the end of the work day to their homes in Rafah. They took part in each others’ family events and often drove to Gaza or Rafah to sit at cafes.”

She said all of the good relations had changed when Hamas took over Gaza, “instructing Gazan citizens who worked in Israel to murder their employers or else Hamas would hurt their families.”

Tragerman said she was not looking for those responsible for the murder of Daniel, but was merely asking Ban to, “Raise your voice against this crime and against the crimes that Hamas commits against its people.”