Peace will come when Israel & Arabs swap lands and populations 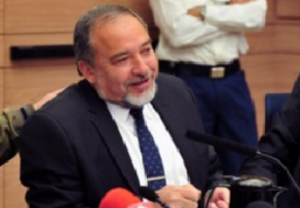 Israel’s Defense Minister Liberman says Jerusalem needs to restart negotiations with the Palestinians, supports two-state solution based on lessons learned from the past.

“This is a new opportunity to restart the negotiations between Israel and the Palestinians,” Liberman wrote on his Facebook page. “This is an opportunity to learn lessons from the past.”

“The first thing we need to learn is that any attempts to solve the Palestinian issue on the basis of ‘land for peace’ will end in failure.

“The only way to solve the problem for good is to swap land and populations as part of a larger agreement.