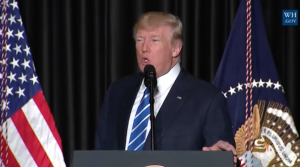 Trump also addressed his plans to build a wall on the US-Mexico border to keep out illegal immigrants, saying that he does not joke about such matters.

He compared his proposed wall to the fence Israel constructed along its southern border with Egypt.