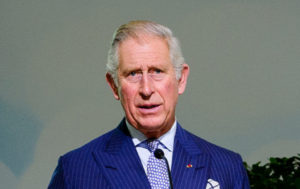 Prince Charles has come under attack following revelations that he penned a letter advocating for the US administration to “take on the Jewish lobby” and attributing unrest in the Middle East to “the influx of foreign Jews,” according to reports first published in The Mail on Sunday.

In the letter written to a close friend, Laurens van der Post in 1986, the prince highlights the exodus of European Jewry over the course of the 20th century as a phenomenon that “helped to cause the great problems.”

The missive was written following the conclusion of an official visit by the prince and his late wife Princess Diana to Saudi Arabia, Bahrain and Qatar.Sharing with van der Post that he had “learned a lot about the Middle East Arab outlook” during his travels, and delighting in trying “to read a bit of the Koran,” the prince adds “I now begin to understand better their (Arabs’) point of view about Israel. Never realised they see it as a US colony.

“I now appreciate that Arabs and Jews were all a Semitic people originally and it is the influx of foreign, European Jews (especially from Poland, they say) which has helped to cause great problems,” the prince wrote at age 38.

He then goes on to suggest that the Jewish influx is the cause of terrorism, which can only be stopped when it comes to an end.

“I know there are so many complex issues, but how can there ever be an end to terrorism unless the causes are eliminated?” he asks.

“Surely some US president has to have the courage to stand up and take on the Jewish lobby in US? I must be naive, I suppose!”

The terms “Jewish lobby” is often considered to be inherently anti-Semitic due to the negative connotations it carries with roots in traditional forms of Jew-hatred, depicting an avaricious conspiracy influencing world powers and pulling the strings of international politics.

While Prince Charles has never publicly espoused anti-Semitic views, his views on Israel have been called into question.

According to a diplomatic source quoted in the Mail Online, at the time of writing the letter “the Prince had in American terms and international terms, fairly dodgy views on Israel. He thinks American policy in the Middle East is complete madness.”

By contrast, the Mail Online article details Prince Charles’s warm relations with the Arab world and general propensity among members of the Royal Family to avoid irritating Arab countries by being seen in any way to cosy up to Israel.

Suspicions of the Royal Family’s adversity to Israel is further underpinned by the fact that not a single member has ever paid an official visit to the 69-year-old country.

This year, the prince was scheduled to break the pattern by visiting Israel to mark 100 years since the Balfour Declaration, committing the UK to the establishment of Jewish home in Palestine. Following intervention from the Foreign Office however, citing negative implications vis-a-vis UK-Arab relations, the trip was scribbled off the prince’s itinerary.

After the letter surfaced, a Clarence House (the royal residence in London) spokesperson attempted to distance the prince from the views expressed in the letter.

They were “not The Prince’s own views”, but instead reflected the opinions of those he met on his trip.

“The letter clearly states that these were not The Prince’s own views about Arab-Israeli issues but represented the opinions of some of those he met during his visit which he was keen to interrogate,” the statement said.

“He was sharing the arguments in private correspondence with a long standing friend in an attempt to improve his understanding of what he has always recognized is a deeply complex issue to which he was coming early on in his own analysis in 1986.