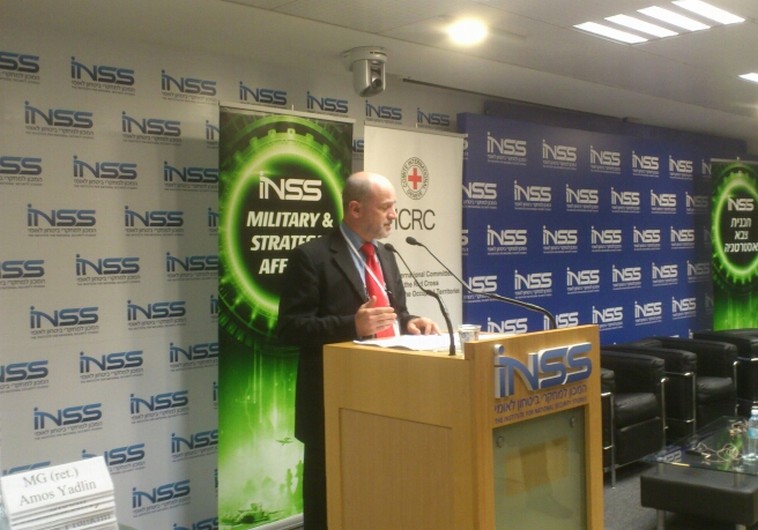 Jacques De Maio was one of a number of non-Israeli officials speaking at an Institute for National Security Studies conference on the law of armed conflict in urban areas.

“Why is there so much more focus on Israel than on Syria [and] other places where many more civilians are dying?” the ICRC official asked rhetorically, pointing out that “in other ongoing wars, more civilians die in one week than in Israeli wars in a full year.”

While De Maio made that argument without using the phrase “war crimes” to refer to the IDF’s actions in this summer’s Gaza operation, he added that both Israel and Hamas “violated international law” during the fighting.

He also defended his dialogue with the IDF and Israel regarding its actions and the law of armed conflict. He said there had even been a petition to cancel his speech at the conference so he would not appear to be endorsing the IDF’s conduct during the summer operation.

But De Maio said the dialogue was not endorsement, as “we don’t endorse Israel, and when we talk to Hamas, the Taliban and other terrorists, we don’t endorse them, either.”

The ICRC official said that “our goal is to influence those fighting to be more humanitarian.”

He claimed that the ICRC had even, on occasion, influenced the Taliban to fight more humanely, but said he could not give specifics due to the ICRC ’s confidentiality pledge to those with whom it dialogues.

British army Lt.-Gen. (res.) Jonathan Riley addressed some of the issues under debate regarding the IDF’s conduct in Gaza, from the perspective of his experience in urban conflicts in other countries.

He criticized the trend of some critics opposing military attacks based on the limited military advantage of a particular attack, saying that the issue of whether “military advantage” was sufficient to justify an attack should be viewed more broadly in terms of overall operations.

Riley added that proportionality in civilian casualties should take into consideration the number of civilians who would be “saved” by the elimination of a terrorist, who could otherwise have caused more casualties.

He also said that sometimes casualties were unavoidable even with the best intelligence.

Civilians are mobile, he pointed out, as are targets riding in a vehicle, and this makes down-to-the-minute intelligence hard to get.

US Air Force Gen. (res.) Craig Franklin, who directed targeting strikes in urban settings in Iraq and elsewhere, described how more mistakes tended to happen when aircraft provided support to ground forces under fire on an emergent basis.

The general did imply that the US uses many measures besides artillery to hit targets such as schools the enemy has appropriated.

Whereas the IDF was accused of using artillery too often in the Gaza fighting, Franklin said, the US might try to use special forces or an aircraft strafing run to take out an enemy target in civilian locations occupied by combatants.