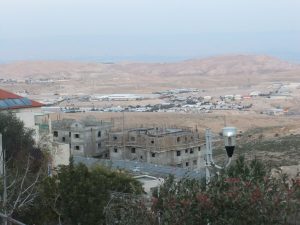 The comptroller, who examined the Construction Ministry’s conduct from 2013-2015 under Minister Uri Ariel (Bayit Yehudi), found that Ariel appointed close associates who share his political and ideological interests to key positions in the ministry and allowed them to interfere in the implementation of a government plan to develop the periphery.

In September 2013, the housing cabinet passed a “Strategic Plan to Encourage and Bolster Settlement,” whose main objective was to “use all available measures to lower housing prices and make the development of Israel’s geographic and social periphery into a national goal.”

“Minister Ariel’s decisions to involve his political associates in (the plan’s implementation) … raises concern he acted to ensure that decision to provide budgetary support to settlement groups is entrusted to those who have close ties to the minister’s political and ideological activities and who have significant and direct ties to some of those groups.”

According to the comptroller’s report, the Construction Ministry and the Settlement Division set the criteria for financial aid eligibility in a way that gave projects in well-established communities equal status to that of projects in disenfranchised communities.

The Housing Ministry transferred the entire budget allocated for the plan, some NIS 51 million, to the Settlement Division, the comptroller found.

And so, settlement groups in Tel Aviv with ties to one Ariel associate received NIS 1.129 million from the Construction Ministry and the Settlement Division. Groups in another city with ties to another interested party received NIS 704,000 in aid money.

All in all, only 39 percent of the budget allocated for the government plan to encourage settlement in the periphery went to projects in the Negev and Galilee regions, while 43 percent were invested in central Israel.

Shapira called on the attorney general to investigate ministry conduct in giving funds earmarked for the periphery to settlement groups in cities with a high socioeconomic status in the center of Israel, which according to the comptroller were not eligible for the money.

Ariel’s office said in response to the report that the minister “respects the state comptroller’s conclusions and has already instructed the relevant bodies to act in accordance with the comptroller’s recommendations.

“It should be emphasized that the comptroller did not recommend the attorney general to investigate Minister Ariel’s conduct, but rather the conduct of certain settlement groups, which the minister had no hand in their budgeting.

“All gatekeepers, legal advisors, and accountants in the different government ministries adopted and authorized the plan and played part in its writing, determining the criteria for funding, and its implementation.”