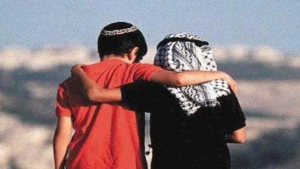 Two recent studies have found that while the Israeli school curriculum makes a great effort to promote peace between Jews and Arabs, the Palestinian Authority school curriculum is doing the exact opposite in violation of signed peace agreements.

Both studies were conducted by IMPACT-SE, and organization that “monitors and analyzes education across the world to determine compliance with international standards on peace and tolerance.”

In its most recent report, the group analyzed 123 Israeli textbooks for grades 7–12 and concluded Israeli children are taught that “peace [is] the ultimate goal, and depict[ed] it as highly desirable and achievable, while war is considered a negative event, though at times necessary.”

Furthermore, the Israeli schoolbooks openly recognize the “existence of the Palestinian National Movement and events regarding the Palestinian-Israeli conflict are, as a rule, given in a balanced and impartial manner.”

By contrast, an earlier analysis of 78 Palestinian Authority textbooks for grades 1–12 revealed that “the word ‘peace’ does not appear at all,” and that the “State of Israel, with one exception, never actually appears on maps.”

Instead, the schoolbooks used to educate young Palestinians are filled with statements, poems and instructions that glorify and encourage jihad.