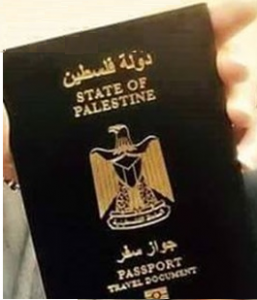 Berko accompanied her plan with a detailed map, aerial photographs and groundwork. The map in question was a map of the municipal areas of Jerusalem. At the center of it was marked a new border that MK Berko had drawn, whose purpose was to remove Israel’s municipal responsibility over a long list of Palestinian neighborhoods in east Jerusalem.

Most of these neighborhoods, it is worthwhile noting, were never in the city’s area of jurisdiction.

As far as it is understood, according to Berko’s plan, the Palestinians would eventually receive municipal responsibility over those east Jerusalem neighborhoods. That responsibility would include municipal services, education, health, welfare, etc. The next step after that would be for the state to revoke Israeli citizenship from the residents of those neighborhoods, and thus save the country hundreds of millions of shekels.

Berko had allegedly toiled over the plan for many months, involving her husband, Middle Eastern affairs expert Dr. Reuven Berko, as well as a team she had set up.

To her surprise, the prime minister didn’t outright dismiss her.

According to political sources close to Netanyahu, his reaction was quite the opposite – he asked Berko to leave the illustrative map with him. His only request was that Berko not reveal her strategy to the media.

Diplomatic sources that were privy to the intimate conversations Netanyahu and his team have been holding with US President Donald Trump and officials in his administration in recent months have said that both Jerusalem and Washington introduced the option to move municipal responsibility over certain east Jerusalem neighborhoods into the hands of the Palestinians.

Netanyahu’s public statements in the last few days, including during yesterday’s celebrations of Jerusalem Day, reiterated promises that Israel would continue to maintain its sovereignty over the Western Wall and the Temple Mount. They also expressed the government’s firm belief in the importance of the unity of Jerusalem.

Since the aforementioned plan would be introduced as a municipal move, and since the neighborhoods in question have not ever been part of Jerusalem to begin with, Netanyahu has left a loophole to enable such a move.

MK Berko was personally appointed to the Likud by the premier, who took advantage of the right given to him by the Likud center and acted to add Berko to the Likud’s Knesset faction.

Netanyahu confidantes told The Jerusalem Post‘s sister publication Maariv that the plan Berko filed was organized, detailed and professional, and that she and Netanyahu have met several times on the subject. In those meetings Berko reportedly offered Netanyahu several different plans regarding relations with the Palestinians and suggested creative options to reach agreements on different fields.

On Wednesday night, Channel 10 reported that Israel’s National Security Council is discussing the possibility to disconnect the Shuafat refugee camp and the Kfar Aqab neighborhood from Jerusalem’s municipal area, and to set up a separate regional council for the two neighborhoods. This plan is reportedly unrelated to MK Berko’s plan.

Berko’s plan sheds light on the fact that Netanyahu and his associates are working hard on forming creative plans that would enable the prime minister to appease the Americans and relieve some of the pressure they have been applying on Israel to demonstrate more openness at the negotiation table.

The Prime Minister’s Office provided the following comment to the report: “There is no change in the prime minister’s policy. MK Berko suggested a plan and the prime minister heard it, like he listens to suggestions by other MKs. The policy has not changed.”