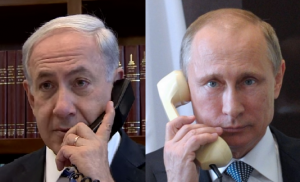 When the resolution passed in December 2016, Prime Minister Benjamin Netanyahu and his government’s representatives in the US were furious.

Joining the Jackals – U.S. Ambassador Samantha Power allows anti-Israel Resolution 2334, condemning all Jewish presence in Jerusalem (yes, even at the Western Wall) and the Jewish heartland of Judea and Samaria, to pass.- AP

Ambassador to the US Ron Dermer said he has evidence that the Obama administration not only abstained from the vote, but pushed and supported the resolution forward. US Ambassador to Israel at the time Dan Shapiro denied the claims and maintained on Wednesday that Resolution 2334 was not a US initiative, which it technically was not – Venezuela, Senegal, New Zealand and Malaysia were the sponsors.

But in 2019, a New York Times Magazine article featured a quote from an anonymous member of the Obama White House somewhat confirming Dermer’s account, saying that they [Obama Administration] ensured the vote would only take place after the November 2016 election in order not to scare [Jewish] donors away from Hilary Clinton’s presidential campaign. An Israeli source said this week that Obama aides worked on the text, as well.

Comments by Ambassador to the UN Danny Danon at the time summed up the feeling in Jerusalem.

“To be in a room and see all the other member states voting against Israel, and the US allowing it to happen, was a moment I will never forget,” Danon said. “I think the resolution was the lowest place in decades regarding Israel and the US at the UN. We did work with the US mission very closely and we achieved a lot of things together, but that shameful vote will be what people remember of president Obama’s presidency…They will remember that moment when the US abandoned Israel and allowed a one-sided resolution to pass.”

But it turns out the acrimony in Danon’s words and those of others, were hiding what was, in Israel’s eyes, even more egregious behavior by then US president Barack Obama and his administration.

An Israeli source confirmed most of the details of an account in Israel Hayom this week, that Obama pushed a second UN Security Council resolution that would be damaging to Israel, and Netanyahu ended up convincing Russian President Vladimir Putin to threaten a veto. The resolution was never actually submitted to the UNSC, because it had no chance to pass.

Netanyahu hinted at the story in an election rally in Ma’aleh Adumim in February, but a clearer picture came out of the Israel Hayom article, which says the prime minister told the full story “in a closed meeting” this week.

Months before Resolution 2334 passed, journalist David Ze’ev Jablinowitz, who was a correspondent for Israel Radio in 2016, spoke to Obama in October of that year and confirmed that part of the story. The then-president told Jablinowitz he “had a resolution in the works that would set the parameters for an Israeli-Palestinian final-status agreement that would include a Palestinian state and would include a time frame by which such talks should be completed,” the journalist recounted.

“The impression I got from him was that he wanted to show he was a friend of Israel but [the resolution] was all about Netanyahu and the right-wing,” he added.

In December, Israel “tried to block [Resolution 2334] and Obama’s people worked behind the scenes to push it. He wouldn’t take Netanyahu’s calls at the time,” the source said. “[Then president-elect Donald] Trump was also involved in trying to stop it. Egypt were sponsors of the resolution, but they pulled their sponsorship because of Trump’s pressure.”

In his talks with various UN delegation, Danon found out that there was a second resolution that the Obama administration was quietly supporting, and informed Jerusalem.

“There was the resolution people know about and a second one, which was the parameters for a peace agreement,” which included a Palestinian state based on pre-1967 lines with land swaps, the source said. “The parameters would have paved the way for a General Assembly decision, and forced an outline of how peace agreement would look, which was more like what the Palestinians want and very far from the Trump plan.”

Danon appealed to his Russian counterpart Vitaly Churkin, and the matter went up to the Netanyahu-Putin level. The Russians did not agree to veto Resolution 2334 condemning settlements, but they were opposed to the second one, and generally did not approve of the Obama administration making these last-minute moves right before Trump took office.

The Israeli source posited that the Obama administration did not want to be seen as less pro-Israel than Russia, so they backed down from the second initiative.

Jablinowitz may have played his own part in the second resolution not going to a vote. During his October phone call, he suggested to Obama that he tell the US Embassy to Israel’s staff to reach out to the Zionist parties in the Knesset, suggesting that while the Israeli Left may want a two-state solution, they might not like it being imposed by a UNSC resolution. An Obama aide later contacted Jablinowitz to tell him he was right, and Labor and Meretz, in addition to everyone to their Right, did not support the idea.

Shapiro denied the story: “I don’t know anything about promises Putin might have made, and I certainly wouldn’t trust him…The idea that Israel had to be rescued by a Russian veto is false.

“There was no second resolution planned, and the first wasn’t our initiative.” Shapiro added that “The Israeli administration knew that at the time.”
As for the claim that Obama would not take Netanyahu’s calls, Shapiro said it “doesn’t sound right,” and he doesn’t recall Netanyahu trying to call Obama at the time.

Russian Foreign Ministry spokeswoman Maria Zakharova denied the report that Putin stopped the resolution, calling it “disinformation.” Zakharova pointed out that Russia already recognized a Palestinian state in pre-1967 borders in 1988, and reaffirmed Russia’s position in support of direct negotiations for a two-state solution.

What is indisputable is that two days after Resolution 2334 passed, then secretary of state John Kerry gave a long speech on how the Obama administration envisions a two-state solution. The plan described in the speech is consistent with the Israeli source’s description of the second resolution that never came to pass. There is still the question of why this story is coming out now, three-and-a-half years after Trump came into office.

The answer is likely that it is politically beneficial to both Netanyahu and Trump, and the fact that the story came out in Israel Hayom, owned by Sheldon Adelson who supports them both, supports that theory.

The Trump reelection campaign can use the story as a cudgel to attack Democratic presidential candidate Joe Biden, who was vice president under Obama, by associating him with yet another anti-Israel move.

Netanyahu can send a similar message to Alternate Prime Minister Benny Gantz or to opponents on his Right that if Trump is voted out of office, they can expect a return to Obama-era relations with the US.

In fact, the timing could not be more convenient for Netanyahu, who is currently trying to push for Israel to extend sovereignty to parts of the West Bank in July, in accordance with Trump’s peace plan.

He can make the argument that not annexing doesn’t mean staying with the status quo and saving Israel from international censure, it means missing an opportunity and still opening Israel up to punitive measures from the world.