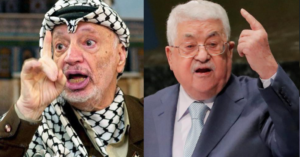 The Jerusalem District Court found the Palestinian Authority and the PLO equally liable for 17 deadly attacks against Israelis and Jews during the 2nd Intifada.
– Nitsana Darshan-Leitner, of Shurat Hadin who petitioned the case says she’s seeking over $250 million in damages from PA coffers on behalf of eight victims’ families.

The Palestinian Authority is liable for civil damages for a series of terror attacks carried out during the Second Intifada (2000-2005), the Jerusalem District Court ruled on Monday.

The unprecedented decision was obtained by Shurat Hadin on behalf of eight victims’ families. As the case moves forward to its next stage, the PA could be responsible for compensating the families with a maximum of 1B INS ($250M+) in damages.

Some of the attacks involve Hamas and Islamic Jihad, but the court, based on the evidence presented, still held the PA liable.

In January, the same court placed a temporary lien on a plot of land in Jerusalem owned by the late PA leader Yasser Arafat after Shurat Hadin – Israel Law Center’s filed a civil damages lawsuit against the PA.

Nitsana Darshan-Leitner, President of Shurat Hadin, had told the court that if they won the lawsuit, it would be difficult to collect the compensation from the Arafat estate, and as a result she requested a lien on the property.

The land in question is mainly situated in the Mount of Olives Cemetery, overlooking the Old City of Jerusalem.

“Yasser Arafat was the grandfather of modern terrorism, responsible for the murder of thousands of innocent men, women and children,” said Darshan-Leitner at the time. “This move is one step closer toward justice for the victims and their families. We will not allow a situation in which the Arafat Estate can own land in the heart of Jerusalem, while avoiding paying damages to his victims.”

Commenting on Monday’s decision, Darshan-Leitner said that the court’s “historic” decision showed that Arafat had tried to use war and murder, via the Second Intifada, to obtain concessions from Israel that he had not succeeded in getting through the Oslo negotiations.