“The short length of the runway suggests the facility is not intended to smuggle in weapons shipments from Syria or Iran as it is too short for nearly all the transport aircraft used by the air forces of those countries,” according to Jane’s. 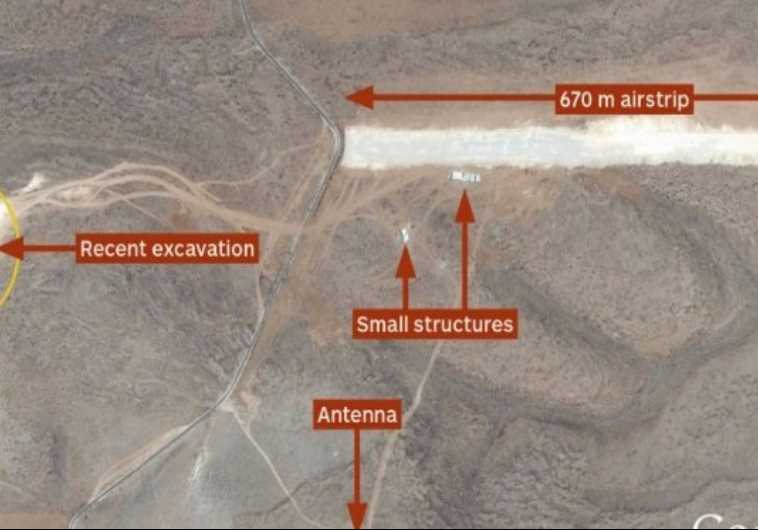 “An alternative explanation is that the runway was built for Iranian-made UAVs, including the Ababil-3, which has been employed over Syria by forces allied to the Syrian regime, and possibly the newer and larger Shahed-129.”

Earlier this month, a US Army report said that Iran is building an explosive fleet of so-called “suicide kamikaze drones” while also providing know-how on assembling these new weapons to its terrorist allies Hamas and Hezbollah.

“Whereas a decade ago Iran’s UAVs and drones were largely for show, a platform with little if any capability, the Iranian military today boasts widespread use of drones, employed not only by the Islamic Revolutionary Guard Corps (IRGC),
but also by the regular army, both regular and IRGC navy, and the regular and IRGC air forces.”

This development is significant for Israel because both Hamas and Hezbollah have sought to deploy drones which have penetrated Israeli airspace.

Thus far, they have not managed to cause damage, though drones outfitted with explosives could inflict casualties against soldiers and civilians.

“In a mid-February speech, regular army General Abdolrahim Moussavi outlined the army’s growing use of drones, with emphasis on suicide or kamikaze drones,” according to the US Army report. “While it is easy to dismiss the idea of a suicide drone as more symbolic than real in an age of cruise missiles and precise Predators, utilizing suicide drones is an asymmetric strategy which both allows Iran to compete on an uneven playing field and poses a risk by allowing operators to pick and choose targets of opportunity over a drone’s multi-hour flight duration.”