In the past, sources voiced concern that the Saudi missile’s main target is Israel, but due to the growing strategic rivalry between the Riyadh and Tehran, Iran has become the primary enemy.

“Israel is no longer the topic of choice, we are looking at a dramatic step meant first and foremost to deter Iran,” said Tal Inbar, the head of center for space studies at the Fisher Institute in Herzliya – which has been tracking the missile arsenals of Middle Eastern governments. 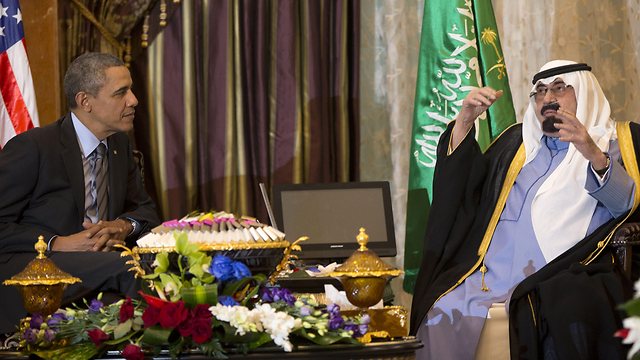 “The Saudis want to clarify to the US – with which they’ve disagreed over talks with Iran – that, if necessary, they have the ability to unilaterally deal with Tehran,” he said.

The Dongfeng-3 missiles, outdated by Chinese standards, were recently revealed at a military parade in their launchers. While the missiles were sold to Saudi Arabia with conventional warheads, they are capable of carrying nuclear payloads, if the Islamic kingdom purchases such weapons in the future.

In recent years, the Saudis have been purchasing the relatively-new Dongfeng-21 from China. The new missiles have an extended range and upgraded precision targeting capabilities.