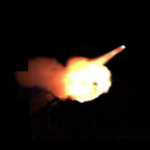 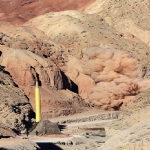 Tehran responds to Israeli reports that most of their missiles fired at ISIS fell in Iraq, never hitting their Syrian targets, by ridiculing professionalism of Israeli assessment.

TEHRAN, Iran—Iran said Sunday the two-stage missiles it fired at ISIS targets in Syria broke apart over the Iraqi desert as planned, mocking reports that some of the projectiles fell short.

State TV’s website quoted the airspace division chief of Iran’s Revolutionary Guard Gen. Amir Ali Hajizadeh as saying “we had coordinated the fall of the engines in the desert in Iraq” in advance.

“The missiles we used were two-stage, it means that the engine separates from the warhead,” said Hajizadeh. Continue Reading »

The White House’s warning to Iran on its unsanctioned missile-testing came prior to the German newspaper’s report, that in addition to the test-firing of a medium-range ballistic missile, the Islamic republic also tested a cruise missile, capable of carrying nuclear warheads.

No comment was immediately available from Germany’s BND foreign intelligence agency or from Iranian authorities.

The newspaper said the Sumar cruise missile was built in Iran and travelled around 600 km in its first known successful test. Continue Reading »

Iranian general boasts, “The reason we designed our missiles with a range of 2,000 kilometers is to be able to hit our enemy, the Zionist regime, from a safe distance.”

Iran test-fired two ballistic missiles at a target some 1,400 kilometers (870 miles) away, with the phrase “Israel must be wiped out” written on them, Iran’s semiofficial Fars News Agency reported on Wednesday.

Fars offered pictures it said were of the Qadr H missiles being fired. Continue Reading »

Israelis were surprised when a rocket designed to propel satellites into space shot across the morning rush hour skies of central Israel, in a successfully planned launch by the Defense Ministry.

Israel conducted a test launch of a rocket propulsion system on Tuesday morning, the Defense Ministry announced. The test took place at a military base in central Israel.

The Defense Ministry said the test was scheduled far in advance and was carried out as planned.

The system tested on Tuesday is designed to propel ballistic missiles that can carry satellites into space. Continue Reading »

In the past, sources voiced concern that the Saudi missile’s main target is Israel, but due to the growing strategic rivalry between the Riyadh and Tehran, Iran has become the primary enemy. Continue Reading » 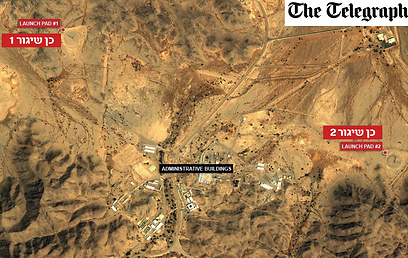 Images analyzed by experts at IHS Jane’s Intelligence Review has revealed a previously undisclosed surface-to-surface missile base deep in the Saudi desert, with capabilities for hitting both countries, the Telegraph reported on Wednesday.

Analysts who examined the photos spotted two launch pads with markings pointing northwest towards Tel Aviv and northeast towards Tehran, according to the report. Continue Reading »