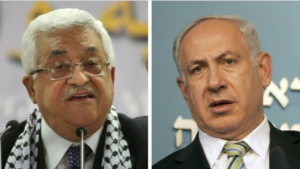 The editorial in a Saudi English-language paper reflect recent signs that the local media is softening its position on Israel, a strategy change that has been linked to several contacts between the two countries. – ‘Baby steps’

The English-language Saudi Gazette said that Netanyahu’s invitation, issued during his speech to the UN General Assembly last week, was reminiscent of former prime minister Menachem Begin’s invitation to former Egyptian president Anwar Sadat, which eventually led to the 1978 peace treaty between Israel and Egypt.

“For all its shortcomings, Camp David demonstrated that negotiations with Israel were possible and that progress could be made through sustained efforts at communication and cooperation,” the Gazette argued.

While conceding the Palestinian contention that Netanyahu’s decision may have been “designed to mask what they described as Israel’s intransigence on moving forward with the Mideast peace process,” the paper’s editorial board said that Sadat’s address was preceded by similarly grim prospects.

“The Palestinians should note that at the time, Egypt and Israel were mortal enemies, having fought three wars.”

The editorial came amid signs that the Saudi media is softening its reporting on Israel, a development that has been linked to under the table contacts between the two countries.