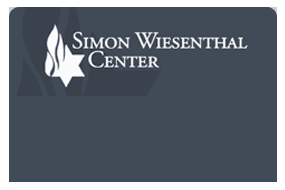 Schwarzenegger: “There is no white America – there is only the United States of America…. My dream is that all of you will join me in helping your favorite anti-hate organizations in any way you can.”

Schwarzenegger wrote an emotional Facebook post on Monday about the events of the weekend, woman was killed during a white supremacist gathering in Charlottesville, Virginia.

“I have been horrified by the images of Nazis and white supremacists marching in Charlottesville,” he wrote. “I was heartbroken that a domestic terrorist took an innocent life.”

To that end, he said, he donated the money to “an anti-hate organization I’ve worked with for decades.”

The Simon Wiesenthal Center, named for the late Holocaust survivor and Nazi-hunter, calls itself a Jewish human rights organization that “confronts antisemitism, hate and terrorism.”

The  NGO was quick to callthe death of Heather Heyer in Charlottesville on Saturday an act of “domestic terrorism.”

The Los Angeles-based organization thanked Schwarzenegger for his donation and message of unity.

“Arnold has been a supporter of the Simon Wiesenthal Center for over three decades,” said Rabbi Marvin Hier, founder of the center. “We’ve never been prouder of his leadership than when we saw his tweet last night challenging everyone to do more in the fight against hate.”

Hier drew criticism earlier this year for agreeing to deliver a blessing at US President Donald Trump’s inauguration in January.

And when a White House statement on International Holocaust Remembrance Day failed to mention Jews, Hier said the omission was “dangerous,” but chalked it up to “a rookie mistake.”

Speaking on i24 news on Monday night, Hier said Trump should have immediately condemned the neo-Nazis and white nationalists who demonstrated on Saturday.

“He should have done it very clearly because that’s the reality,” said Hier. He added that Trump’s initial reaction was “not the right thing to do, and he corrected himself today,” with his Monday speech on the topic.

Back in 2003, Abraham Cooper, associate dean of the Simon Wiesenthal Center, told The Forward that Schwarzenegger was Hollywood’s largest contributor to the center. And when he was elected governor, he tapped Cooper as a member of his 68-member transition team.

Schwarzenegger, a Republican, has long been critical of Trump and his policies. In his post, he didn’t mention the president by name, but made it clear that “the rest of us must use our voices and resources to condemn hate and teach tolerance at every opportunity.

“My message to them is simple: You will not win,” he added. “Our voices are louder and stronger. There is no white America – there is only the United States of America.”