A mild earthquake was felt in the Lake Kinneret and Hula Valley region at around 2:30 am Saturday night, the Geophysical Institute of Israel has confirmed. 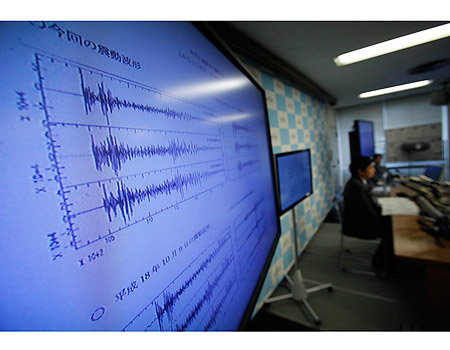 According to the institute, the quake – the second in Israel this week – registered a light 3.6 on the Richter scale. No injuries or significant damage was reported.

Residents from the area emailed Ynet and reported their experience: “The windows and beds really moved,” one wrote.

A mild earthquake measuring 3.5 on the Richter scale also hit northern Israel at around 9:20 pm Thursday night. No reports of injury or damage emerged and the Geophysical Institute of Israel said the quake’s epicenter was in Lake Kinneret.

Last Saturday a 6.4-magnitude earthquake which originated west of the island of Crete was felt in Israel. The center of the quake was 22.5 miles below the seabed 43 miles west of Chania on Crete, the US Geological Survey said. Israelis reported to experiencing the quake, mainly in locations in the center and south of Israel.