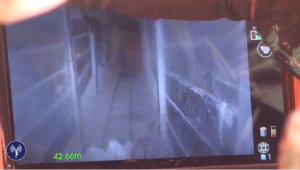 UN Assistant Secretary-General Robert Piper claims that there is no proof that Hamas is taking advantage of UN-provided construction material for “military purposes,” the pro-Hamas Middle East Monitor reports.

He made his remark after Israel announced that it was blocking the transfer of cement into Gaza because Hamas uses it to build terror tunnels. Piper said that the United Nations has provided 1.2 million tons of construction materials to Gaza, though he did not explain why despite that very few reparations have been carried out since 2014’s Operation Protective Edge.

Recently, the Palestinian Authority claimed that the reconstruction is stymied by a lack of funds. Critics, including the Gaza-based think tank PalThink, say that the PA is trying to improve its own standing rather than Gaza. “Whenever the PA proposes development plans, it mixes between the reconstruction of Gaza and its own financial needs in order to get billions for its treasury,” says isntitute head Omar Sha’ban.

Robert Piper heads the UN Office for the Coordination of Humanitarian Affairs (UNOCHA), which handles natural disasters and complex emergencies.