Shimon Peres says ‘No room for racism’ in his holiday message

Israel’s President condemns all forms of extremism and discrimination, says greater emphasis should be placed on education toward tolerance.

President Shimon Peres on Saturday night, the last night of the Jewish year 5772, sent New Year’s greetings to the nation with best wishes for peace and security, stability and growth. 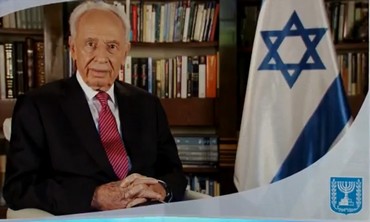 Disturbed by recent outbreaks of racial and religious discrimination, Peres declared that there is no room for racism or violence of any kind in the country, and condemned all forms of extremism and discrimination based on race, religion or political affiliation.

“Israel is a pluralistic society of many shades, a society of Jews, Christians, Muslim Arabs, Beduin, Druse and Circassians who live together in coexistence. All incidents of discrimination must be dealt with by the legal authorities,” Peres stated. “Greater emphasis must be placed on education toward tolerance and equality.”

On Thursday, the president received a telephone call from Palestinian Authority President Mahmoud Abbas who conveyed his good wishes for the New Year to all Israeli citizens, and emphasized that just as the people of Israel yearn for peace, so do the Palestinians. He expressed the hope that there would be progress in the stalled peace process in the year ahead. In his own message to the nation, Peres wrote that the State of Israel is in itself a miracle and proof of the ability to overcome all odds. With the realization that Israel lacked natural resources, Peres said, came the determination to make the most of human resources and a courageous spirit.

Israel invested its efforts in science and technology, which impacted all aspects of life. As a result, Israel has one of the best armies in the world, a flourishing economy, a democratic administration, social security and academic excellence. Israel combines that rare quality of being both the People of the Book and the Start-up Nation, Peres stated.