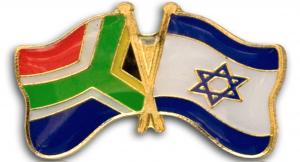 It is estimated that Jews account for 0.2% of the country’s population. It is not known how many currently serve in the IDF, the Times of Israel reports.

The subject of banning dual citizenship was apparently discussed by the party in July, and is due to be raised again in the coming weeks. If adopted, the measure would not only affect holders of duel Israeli/South African citizenship.

The proposal has drawn sharp criticism from the South African Jewish Board of Deputies which has accused the ANC of becoming openly hostile to the country’s Jews and Israel.

In March, three South African Jewish teenagers were assaulted and verbally abused at a mall in suburban Johannesburg.

Three men attacked the teens, who were wearing skullcaps. One assailant hit one of the teenagerss, while a second attacker shouted “You f***ing Jew” and “your f***ing people are killing our innocent children.”