Spain’s deputy FM says the investigation’s findings into bombing of Israeli bus in Bulgaria are “essential“ for the EU process to list Hezbollah as a terror entity.

The results of Bulgaria’s investigation into the possible role of Hezbollah in July’s suicide bombing there of an Israeli tour bus “will be essential“ for the EU process to list the Lebanese organization as a terrorist entity, Spain’s Deputy Foreign Minister Gonzalo de Benito said on Wednesday.

In a wide-ranging interview with The Jerusalem Post from Abuja, Nigeria, de Benito, whose title is secretary of state for foreign affairs, said of a proposed blacklisting of Hezbollah, “We want to take the decision with our European countries and are waiting for the report” from Bulgaria. 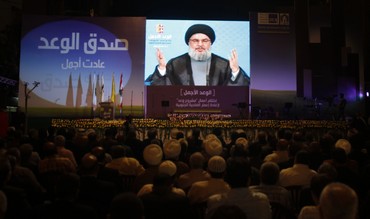 De Benito’s language mirrored the comments of France’s Ambassador to Israel. French envoy Christophe Bigot told the Post earlier this month that, in regards to the EU position on Hezbollah, the “main element is what is the outcome of the inquiry in Bulgaria.”

Israeli and American intelligence officials attribute the suicide bombing in Burgas that killed five Israelis and their Bulgarian bus driver, and wounded 32 other Israelis, to a joint Hezbollah-Iran operation.

De Benito stressed that Spain seeks to work “within the framework of Europe” regarding a decision to outlaw Hezbollah.

Asked about the role of the Lebanese Shi’ite group in murdering Europeans and in helping the Assad regime to massacre pro-reform Syrians, de Benito said, “We have all of this information, and it will not lead us to take a decision” independent of the process in Sofia. He stressed that the Bulgarian report “will be essential.”

In response to questions about the Obama administration counterterrorism chief, John O. Brennan, who chastised the EU for its failure to outlaw Hezbollah, stating “Let me be clear” that European opposition to a ban “makes it harder to defend our countries and protect our citizens,” de Benito said, adding that the EU “takes the decision collectively” and “need[s] to look into the evidence.”

The US designated Hezbollah a foreign terrorist organization in 1995.

De Benito said, “We know in Spain what terrorism is, and [what] fighting against terrorism [is].” He cited the 2004 al-Qaida train bombings in Madrid that killed 191 people and wounded 1,858 others.

The bus that was destroyed in the Burgas terrorist attack – Reuters

Asked about comparisons between ETA and Hezbollah, de Benito said the objectives of the groups are different but the standard to qualify as a terrorist group remains the same.

There has been “in the past terrorist actions from this side [Hezbollah],” and they were in support of an “international” objective, he said.

Responding to Israel’s Operation Pillar of Defense air offensive in the Gaza Strip, the deputy foreign minister said Hamas “started the confrontation” and his government along with the EU has expressed support for the “right of Israel’s government to defend its population.”

He “strongly condemned” Wednesday’s terrorist attack on a bus in Tel Aviv, which wounded over a dozen people. There is “no excuse for this or for bombing a civilian population,” de Benito said.

Asked about an executive summary report from the Jerusalem-based NGO Monitor outlining Spanish governmental funds for anti-Israeli Spanish and Middle Eastern NGOs, de Benito said, “The last thing we would do would be to finance NGOs against Israel or other countries.”

NGO Monitor listed Breaking the Silence: the Israeli Committee Against House Demolitions; and the Popular Struggle Coordination Committee as NGOs that bash Israel while being awarded Spanish funds.

In response to de Benito’s statement, Prof. Gerald Steinberg, the head of NGO Monitor, told the Post on Wednesday, “The statement by the deputy foreign minister is a clear and welcome change in Spanish government policy. Unfortunately, previous governments have fueled the conflict by providing millions of euros taxpayer funds to some of the most destructive NGOs, under the facade of promoting peace and human rights. By ending this funding, the Spanish taxpayer will also benefit, and the European Union and the member states, which waste over 100 million euros annually on destructive NGOs, will have an important example to follow.” 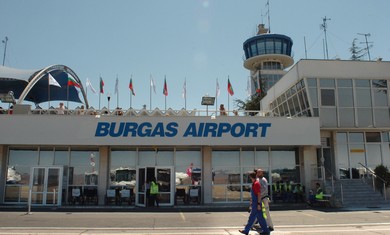 Nader Hrimat, the deputy director-general of Applied Research Institute Jerusalem, said NGO Monitor is “not in a legal position to make a judgment about any organization, and our site is open for all people. We are not a political organization. We talk about natural resources and environmental rights.”

Asked about language used to demonize Israel, including the phrase “ethnic cleansing,” he said, “We have case studies about the environment. I do not know about this issue.”

NGO Monitor wrote in its report that the Israeli Committee Against House Demolitions received 181,508 euros (2009–2010) from Spain and “promotes the demonization of Israel, supports boycotts and divestment campaigns, and leads the ‘Gaza boat’ publicity missions. Founder Jeff Halper advocates for a ‘one-state solution’ that would eliminate Jewish self-determination rights.”

“ICAHD support the BDS [boycott, divestment and sanctions] campaign against Israel until the Occupation ends,” he wrote to the Post by email.

Halper rejected idea that the committee demonizes or delegitimizes Israel. “We see it [BDS] as holding Israel accountable for its policies just like any other state.”

He added, “I was on the first boat of the Free Gaza Movement to actually enter Gaza, in August 2008,” and noted that “ICAHD has moved towards a one-state solution.”

Steinberg told the Post, “Halper acknowledges that the funding that ICAHD receives from foreign governments, including Spain, is used to promote his own private opinions, in contrast to the policies of the democratically elected government of Israel. This is clearly an abuse of taxpayer funds and violates the norms of relations between sovereign democracies.

How would Spain and other European countries react to foreign state funding for fringe separatists?” The Popular Struggle Coordination Committee wrote the Post that it “is receiving funding from the Spanish government for human rights defenders and legal aid. The Spanish government has publicly provided information regarding their funding criteria as well as the organizations they support on their website.”