Two of the Hezbollah suspects were placed on the special US terror list and are accused of the deadly 2012 terrorist bombing, targeting Israeli tourists in Bulgaria.

Three Hezbollah suspects — two of whom are accused in a deadly 2012 bombing targeting Israeli tourists in Bulgaria — have been placed on a special US terror watch list, Washington announced on Tuesday.

Burgas, Bulgaria at time of explosion

The terror designation makes it illegal for US citizens to engage in any transactions with the three men, and freezes any property they might possess within the United States.

Bulgaria’s Chief prosecutor: 3rd Bombing suspect in the terror attack on an Israeli tour bus to Burgas has been officially identified, but not publicly revealed.

Bulgaria’s chief prosecutor  Sotir Tsatsarov said on Friday that the authorities transferred the investigation of the terror attack on an Israeli bus to Burgas; the  Black Sea resort which was the location of the 2012 attack resulting in the deaths of five Israelis and their Bulgarian bus driver.

Israeli ZAKA emergency rescue team examining the remains of the bus at the scene of the Hezbollah terrorist attack in Burgas, Bulgaria. – Photo: JTA

Tsatsarov said again on Friday the identity of the third suspect—the alleged bomber who died during the terrorist attack on Israelis tourists— has been identified, but not revealed.  Continue Reading »

According to the 24 Hours daily, the money was to help organize the blast at Burgas airport on the Black Sea on July 18, 2012, and to carry out reconnaissance in other countries. Continue Reading » 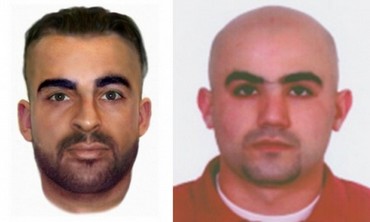 Bulgarian authorities hope to acquire some answers from the execution of the Hezbollah terror attack that claimed the lives of 5 Israelis last July.

Sappers and teams of the fire department examined the area, so as to ascertain whether the damages are identical to those of the bombing attack at the Sarafovo Airport. Bulgarian authorities conducted a reenactment of the Burgas bus bombing which claimed the lives of five Israelis and a Bulgarian bus driver last July, Bulgaria‘s state radio reported Friday. The two suspects, Hezbollah operatives, are still at large. 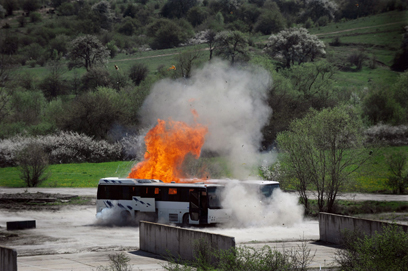 Dummies were placed inside and around the buses with maximum precision, following thorough examinations of security cameras and witness accounts, it was reported. Continue Reading »

Hossam Taleb Yaacoub sentenced to 4 years in prison for plotting to attack Israeli interests in Cyprus.

A Cyprus court sentenced a member of Lebanon’s Shiite Muslim Hezbollah movement to four years in jail on Thursday on charges of plotting to attack Israeli interests on the island. 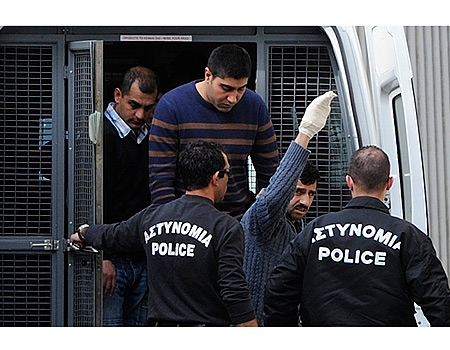 In a case bearing similarities to a deadly bus bombing in Bulgaria targeting Israelis last year, the Cypriot court convicted Hossam Taleb Yaccoub on five counts of participating in a criminal organization and agreeing to commit a crime. Continue Reading »

BRUSSELS – Bulgaria will provide more evidence Hezbollah planned an attack that killed five Israelis last year, in a move it said on Wednesday should convince European Union countries to put the Islamist group on its terrorist list. 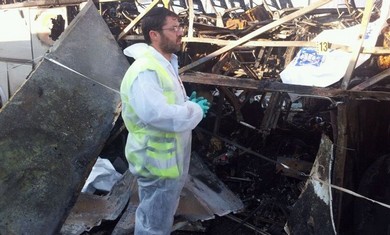 Bulgaria accused the Lebanese militant movement on Feb. 5 of carrying out a bomb attack on a bus in the Black Sea city of Burgas that killed the Israelis and their Bulgarian driver last July.

Sofia urges EU to blacklist Hezbollah as a terrorist organization & make an effort to prevent further attacks to EU members. 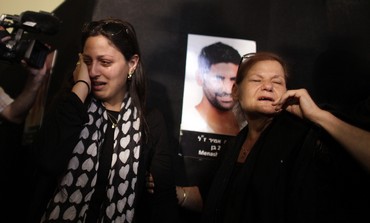 Relatives of a victim of the Burgas bomb attack – Photo: REUTERS/Stoyan Nenov

Mladenov attended a meeting in Brussels to brief his counterparts on an initial investigative Bulgarian report which blamed Hezbollah for the bombing outside the Burgas airport that killed five Israeli tourists and the Bulgarian bus driver last July.

“We believe the attack that happened in Burgas last year was organized by people connected to the military wing of Hezbollah,” Mladenov said.

EU sources report that if Hezbollah’s involvement in last July’s terrorist attack in Bulgaria is proven, the most the EU will do is consider implementing pinpoint sanctions against it, but the European Union will not call Hezbollah a terrorist organization.

If the required proof implicating Hezbollah in the terrorist attack in Bulgaria last July is provided, then the EU would lean toward implementing pinpoint sanctions against elements involved in the attack, but would refrain from formally declaring Hezbollah a “terrorist organization,” European Union sources said on Sunday.

The scene of the terrorist attack against Israeli tourists in Burgas, Bulgaria, last July.

The ‘National Post’ reports that the culprits of the Burgas terror bombing that killed 5 Israeli tourists & a local bus driver, are related & that one grew up in Vancouver.

By BENJAMIN WEINTHAL, JERUSALEM POST CORRESPONDENT
Two of the three suspected Hezbollah operatives accused by Bulgaria’s government of killing five Israelis and a Bulgarian national have familial ties. The Canadian daily National Post reported on Tuesday that a Canadian, who is believed to have participated in the bombing of an Israeli tour bus in Burgas, Bulgaria, “is a relative of the unidentified terrorist who died while planting the explosives.”
Continue Reading »
Category: Mid-East News | Tags: Burgas Bulgaria, Canada, Hezbollah
israelandstuffcom | February 8, 2013
No comments 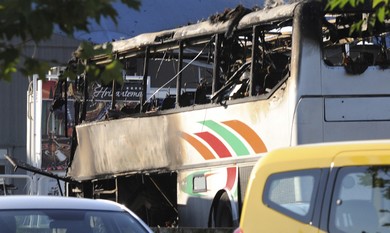 European Leaders know that changing Hezbollah’s designation to ‘terrorist organization’ would seriously hurt its entire drug-smuggling & money-laundering operations which fund its terrorist activities, yet they are more scared of loosing revenue and the risk of retaliation.

(JTA) — In his many years of service for France’s spy agency, Claude Moniquet has seen much evidence linking Hezbollah to terrorist-related activities in Europe and beyond.

The attacks, says Moniquet, a 20-year veteran of the DGSE intelligence service, go back as far as 1983, to the bombing of military barracks in Beirut that killed nearly 300 people, including 58 French soldiers. Continue Reading »

WATCH: Netanyahu Tells the World, Time to Stand Up to Hizbullah

Prime Minister Binyamin Netanyahu released a statement Tuesday after Bulgaria officially blamed Hizbullah for a terrorist bombing in the country that killed five Israelis and one Bulgarian last year.

Netanyahu called on the international community to recognize Hizbullah as a terrorist organization.

The Bulgarian government said Tuesday that two people with Canadian and Australian passports linked to Hizbullah were behind the July bus bombing.

By REUTERS
SOFIA – Two individuals with links to Lebanon’s Shi’ite group Hezbollah were involved in a bomb attack on a bus in the Bulgarian resort of Burgas that killed five Israeli tourists last July, Bulgaria’s interior minister said on Tuesday.

The conclusions of the Bulgarian investigation may open the way for the European Union to join the United States in branding the Iranian-backed Hezbollah a terrorist organization since there is now a clear connection to an attack on EU territory.
Continue Reading »
Category: Mid-East News | Tags: Burgas Bulgaria, Hezbollah terrorism
« Older Entries