The Department of Homeland Security is also part of the working group, Frifield said.

The letter was the first indication that the US government is dedicating resources to facilitate Israel’s entry to the program, which allows travel without pre-arranged visas.

Two major obstacles have kept Israel from joining the program: Allegations by US officials that Israel has discriminated against Arab- and Muslim-Americans seeking entry, and a proliferation of young Israelis traveling to the United States as tourists and then working illegally.

The maximum visa rejection rate for entry into the program is 3 percent, and Israel’s is at 9.7 percent, spiking up from a 6 percent average in recent years.

The letter from Frifield to Lowey outlined measures that would address concerns about visas denied because of suspicions that applicants planned to seek illegal employment, but did not touch the issue of discrimination, although State Department spokeswoman Jen Psaki raised it last month, saying it was a core issue.

Among the measures outlined by Frifield in her letter were a review of practices affecting Israelis aged 21-26 who want to travel to the United States, more education about how best to obtain visas for such travel and expanding cultural exchange programs for young Israelis. 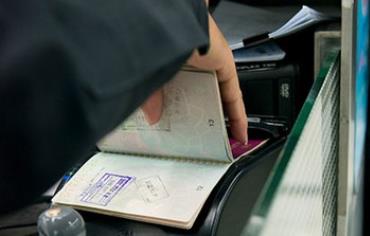 Frifield said the State Department had reviewed the visa refusal rate for Israelis aged 21-26 and found it had doubled from 16 percent to 32 percent in 2013. She said the main factor in the increase was Israelis seeking work illegally and noted the visa approval rate for that age group was nonetheless relatively high.

“We know that despite a two-thirds approval rate, this increase has led to a perception by some that young Israelis are unwelcome to travel in the United States,” Frifield said. “Clearly that is not the case. Israel is one of our closest friends and allies.”

Lowey, who with other lawmakers led demands for a review of the visa rejection rate for young Israelis, praised the measures outlined by Frifield.

“I am pleased Embassy Tel Aviv and the State Department will undertake this full review of visa policies and have committed to making it easier — not more difficult — for young Israelis to travel to the United States,” she said in a statement.