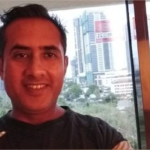 Despite lack of diplomatic relations, Pakistani Jew Fishel Khalid seeks special visa to enter Israel, saying in an open letter that since he can now legally travel to Israel, his dream is to make a pilgrimage to Jerusalem.

Fishel Khalid, a Pakistani who has become famous for convincing authorities to recognize him as a Jew, appealed to the Israeli government on Sunday and asked for special permission to make a pilgrimage to Jerusalem.

In a special interview with Israel Hayom, Khalid says that because his newly issued Pakistani passport states his religion as Judaism, all he has to do in order to visit Jerusalem is get Israel’s permission. Continue Reading » 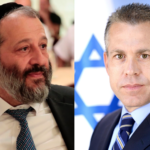 Due to their support of BDS and convicted mass-murdering terrorist Marwan Barghouti, Israel’s Interior Minister Deri and Public Security Minister Erdan announced jointly that they will refuse entry to a delegation of European officials.

By Itamar Eichner and Amir Alon

Interior Minister Aryeh Deri announced on Monday that he would adopt the recommendation of Minister for strategic affairs and public security Gilad Erdan, thereby refusing to allow a delegation of European parliamentarians and French mayors to visit Israel and the Palestinian Authority, due to their promotion of anti-Israeli BDS movement and intent to visit convicted Palestinian terrorist Marwan Barghouti. Continue Reading »

An Israel citizen living in North Carolina was convicted Tuesday and sentenced to six and a half years in prison for illegally employing dozens of young Israelis at mall kiosks across the United States.

Omer Gur Geiger, who arrived in the U.S. on a tourist visa but later became a permanent resident, pleaded guilty to conspiracy to defraud the U.S. Continue Reading »

In another blatant demonstration of St. Dept. delegitimization of Israel, US visa application website lists all other countries, including Iran, but avoids mentioning the Jewish State by name.

While the US State Department’s refusal to recognize Jerusalem as being part of the State of Israel is well-known and was even the subject of a US Supreme Court case, it seems that the official US visa information and appointment services website has erased Israel completely.

Elder of Ziyon notes that the visa application website is run by a private firm, Computer Sciences Corporation, on behalf of the US State Department, and is the only officially authorized website for completing visa applications. Continue Reading »

18-30 yr-old Israelis with no children will be eligible for a 1-year Australian work visa
• Israel decided that draft dodgers won’t be eligible for the work visa, with exceptions, including Israeli Arabs and those who did national service instead.

Israel and Australia signed an agreement on Wednesday that will allow young adults from both countries to get work visas from the other. The deal was part of a recent effort to secure work arrangements for young Israelis abroad, to prevent them from getting in legal trouble when looking for work.

Egypt border officials say mother & children, who are German citizens, did not have Rafah-crossing entry stamps in their passports.

A mother from the Gaza Strip and her children were denied entry to Egypt because they had previously used smuggling tunnels to enter Gaza, a media report says.

Palestinians at the Rafah crossing between Egypt and the southern Gaza Strip on August 27, 2014. – Photo: AFP

Egyptian authorities told the Palestinian Ma’an news agency that the family members, who have German citizenship, were stopped at the border when they tried to enter Egypt.

Their passports did not have entry stamps to Gaza, indicating that they had entered through the tunnels instead of through the Rafah crossing, Ma’an reported.

For those who invest in Israel with eyes on developing commercial ventures, will soon be able to obtain long-term entry visas.

There are many Jews and non-Jews around the world with a special interest in Israel, and particularly in the Israeli economy.

For non-Jewish Americans, a very special and unique opportunity is in the offing that would provide a way to financially bless the Israeli economy, be blessed in return by the Israeli economy, and be able to stay in Israel for an extended period of time on a special investment visa.

Are there really 750,000 Israelis residing in the United States?

Precise data differ between the different governmental sources or Jewish organizations, not to mention, how does one define an Israeli?

By Haim Handwerker
NEW YORK – It’s not easy to find accurate data about the number of Israelis living in the United States. The Israeli government and the Jewish Agency are in5e simple fact that no one has precise numbers. Be that as it may, the numbers being bandied about these days range from 200,000 to 1 million.

Drawing on estimates of Israeli government ministries and the Agency, Sagi Balasha, CEO of the Los Angeles-based Israeli American Council which represents Israelis and promotes their interests, believes that there are between 500,000 and 800,000 Israelis living in the United States.

Israel calls allegations of massive spying against US, absurd

Israel slams a Newsweek report based on unnamed sources, claiming Jerusalem is involved in attempts to steal US ‘industry & technical secrets’.

A senior diplomatic source in Jerusalem said the report has a ‘whiff of anti-Semitism’.

Israel on Tuesday hit back at a Newsweek report claiming American officials believe Israeli intelligence-gathering efforts in the US have “crossed red lines.”

The Israeli embassy in Washington issued a denial, saying that “Israel does not conduct any spying activities (against the US), and condemns any attempt to tarnish Israel with false allegations.”

A senior diplomatic source in Jerusalem said Israel would send the US a strong message over the report, even going so far as to argue that parts of it were “tainted with a whiff of anti-Semitism.” Continue Reading »

Unlike the U.S., Belarus to Soon Drop Visa Requirements for Israelis

As the 2 countries expand their relationship, very soon Israeli visitors to Belarus are likely to be excused from visa requirements.

While the waiving of the requirement for a visa for Israelis visiting the US remains a dream – or a rumor – Israeli visitors to Belarus are likely to be exempted from a visa requirement soon. On Wednesday, Interior Minister Gideon Saar authorized the opening of negotiations with Belarussian officials on a mutual visa exemption for travelers to either country.

Saar decided on the move after consulting with senior government officials, including officials of the Population Authority, the Justice Ministry, the Defense Ministry, the Public Security Ministry, and Israel Police. Continue Reading »

The Department of Homeland Security is also part of the working group, Frifield said. Continue Reading »

As a part of an experimental program with the U.S. State Dept, Israeli businessmen will also be granted benefits, including investor visas allowing them to stay in the U.S. for up to 2 years.

The government has approved Sunday a proposal by Interior Minister Gideon Sa’ar to set unique entry visas to American investors who seek to visit Israel frequently for business. The arrangement is a part of an experimental program in which Israelis seeking to invest in the US and wish to stay there temporarily in order to develop and manage their business, will be given similar special conditions. Continue Reading »

By JTA
The battle between members of Congress and the State Department over tourist visas for Israelis features two competing archetypes of the young Israeli traveler.

The lawmakers paint a picture of a world traveler, matured by service to country, who deserves a break from the stresses of the Middle East. U.S. consular officials, meanwhile, have warned of lawbreakers hawking dubious Dead Sea beauty products in malls and at rest stops. Continue Reading »