The 2010 incident was the Mavi Marmara flotilla’s attempted breach of the maritime blockade; in 2012 the Estelle, a ship bearing a Finnish flag, was stopped trying to breach the blockade as well. Both incidents featured Swedish citizens on board the ships.

The Swedish Prosecution Authority announced on Thursday “a preliminary investigation on the circumstances of the boarding by Israeli soldiers of ships heading to Gaza in May 2010 and October 2012,” reports AFP.

It should be noted that Israel’s blockade on Gaza was deemed legal by the UN in 2010.

According to the Swedish legal authorities, claims of “aggravated assault, aggravated theft and violation of international law” will be investigated.

However, they announced they would not investigate claims of “hijacking and illegal detention” which the 22 Swedish activists had charged.

Prosecutor Henrik Attorps, who formally opened the investigation, claimed the allegations are under Swedish jurisdiction because they reportedly took place in international waters and involved Swedish citizens. He noted that the approval of the Swedish government would be need before any formal charges could be brought.

“No individual has been identified as a suspect for the crimes yet,” the prosecutors added.

What really happened on the Marmara and the Estelle?

Despite the claims of the activists, the IDF found that the Estelle was carrying absolutely no humanitarian aid. 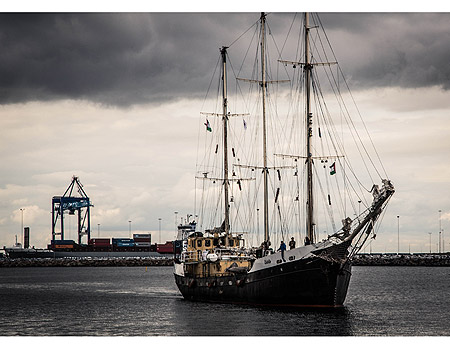 A Defense Ministry official at the time called the participants in the ship’s mission “provocateurs motivated by hatred of Israel…(whose) goal is not to provide humanitarian aid, but to discredit the country.” He added that “all kinds of products and goods, except for weapons and other materials that may be used to harm Israeli citizens, are permitted to enter Gaza.”

As for the Marmara, when IDF soldiers boarded the lead vessel of the flotilla, they were attacked by armed Islamist extremists on board, pressing them to open fire and kill ten Turkish nationals to save their own lives.

After an investigation, Israeli authorities discovered the Marmara was carrying no humanitarian aid, contrary to its claims to international media to be a “humanitarian” mission.