The plan, according to Iran’s leader, does not condone ‘pushing the Jews into the sea’, but does call for arming Muslims in the West Bank.

Iran’s Supreme Leader Ayatollah Ali Khamenei has put forth a plan to eliminate Israel, which he believes will be accepted by the international arena.

In this photo released by the official website of the Iranian supreme leader’s office, Ayatollah Ali Khamenei, waves during a meeting in Tehran, Iran, Sept. 7, 2014. – Photo: AP

In a neat table posted on Khamenei’s official Twitter account on Sunday, the ayatollah answers nine key questions on why – and how – this plan is to be implemented.

While claiming there is no freedom of speech in Europe, Iran’s supreme leader, denies the Holocaust saying ‘Holocaust is an event whose reality is uncertain.’

Ahmadinejad is no longer the president, the nuclear negotiations with the west are progressing – but Iran continues to deny the Holocaust: The Islamic republic’s Supreme Leader Ayatollah Ali Khamenei has reverted back to his old ways and once against slammed the western world, while denying the Holocaust. 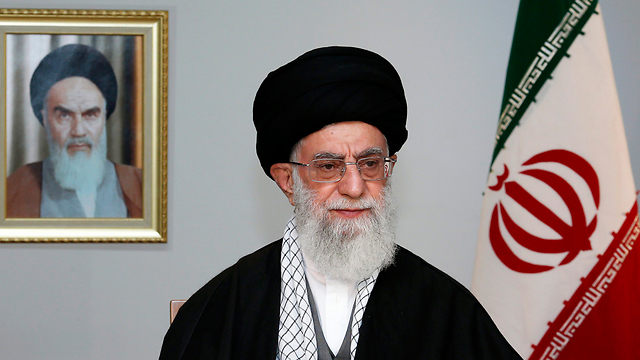 “Even countries that claim to have freedom set red lines on which they’re utterly strict. Does anybody dare talk about Holocaust in Europe? Continue Reading »

3rd round of talks with the Iranians open with the representatives offering contradictory assessments of chances for success.

Netanyahu, ‘It’s possible to reach a better agreement, but it requires being consistent & persistent.’

By Anshel Pfeffer and Reuters

GENEVA – The third round of nuclear talks between Iran and the six powers opened in Geneva Wednesday with the parties offering contradictory assessments of the chances for success.

Netanyahu and Putin arrive for a joint news conference in the Kremlin in Moscow. Wednesday, November 20, 2013.- Photo: AP

Yet even as some of the negotiators sought to lower expectations, most seemed optimistic that by the end of the weekend, an agreement on curbing Iran’s nuclear program in exchange for sanctions relief would be reached.