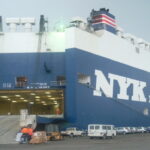 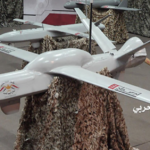 Netanyahu responds to Iranian threat: ‘Our jets can reach you’

Responding to threats from an Iranian parliamentarian, PM Benjamin Netanyahu warns Tehran from Israel’s Nevatim Air Force base that Israel’s battled-tested F-35i “Adir” jets can strike anywhere in the Middle East, including Iran.

Tehran should remember that Israel’s air force can strike anywhere in the Middle East, including Iran and Syria, Prime Minister Benjamin Netanyahu said Tuesday after visiting a F-35 squadron at the Nevatim Air Force base.

“Iran has threatened recently to destroy Israel,” Netanyahu said in a video clip he posted, standing in front of an F-35 “Adir” plane. “It is worthwhile for them to remember that these plans can reach everywhere in the Middle East, including Iran and Syria. Continue Reading » 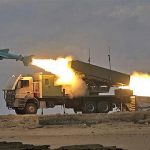 Israel’s new Foreign Minister Yisarel Katz, told an international security conference this week, “We must be prepared for this, and thus the State of Israel continues to devote itself to building up its military might for the event that it will have to respond to escalation scenarios.”

Israel is preparing for its role in a potential military escalation between the U.S. and Iran, Foreign Minister Yisarel Katz told an international security conference this week, suggesting the Islamic Republic may take a decisive step into the “red zone.”

“It should be taken into account that mistaken calculations by the [Iranian] regime…are liable to bring about a shift from the ‘gray zone’ to the ‘red zone’ – that is, a military conflagration,” he said in a speech on Tuesday at the 19th annual Herzliya Conference. Continue Reading » 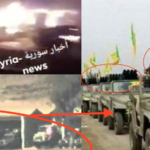 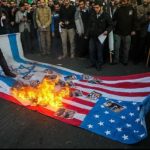 Israel’s DM Liberman warns Iran of repercussions if it blockades Bab al-Mandab Strait: ‘I want to emphasize, in such a case we will be less selective, and the damage to our enemies will be far more acute.’

“The sea provides us with many opportunities. Above all it increases the small size of the State of Israel and allows us to deploy our vessels above and below the waves across a vast area. Continue Reading »

Commemorating the 70th anniversary of the Acre prison break, Netanyahu hinted to Israel playing part in foiling attack on exiled Iranians in France, then said, “I call on the leaders of Europe: Stop financing the terrorist regime that is financing terrorism against you on your soil. Enough with the policy of appeasement and weakness regarding Iran.”

Prime Minister Benjamin Netanyahu accused Tehran of hypocrisy on Wednesday evening, adding that it was “no coincidence” that a recently planned Iranian-led attack on an Iranian group in France was foiled.

Attending a ceremony to mark the 70th anniversary of the Acre prison break, it was unclear whether the prime minister was hinting that Israel was responsible for frustrating Iranian designs. Continue Reading » 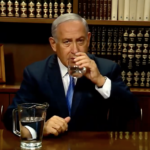 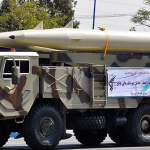 Since last month’s strike on the Syrian T4 air base holding Iranian weapons planned to be used by Hezbollah against Israel, hostilities continue to escalate with Iranian threats being taken seriously.

Israel’s defense is reportedly bracing itself for a possible imminent missile attack from its northern border in retaliation for the Israel strike last month on the Syrian T4 air base, which hit Iranian facilities and killed seven Revolutionary Guards personnel.

Preparations have been identified recently for a launch of Iranian missiles on Israel’s northern border, organized by the Revolutionary Guards, local media reported Sunday evening.

However, the Israeli assessment is that Iran is looking to carry out a directed attack in order to ‘settle the score’, rather than plunge the region into full-blown war. Continue Reading »