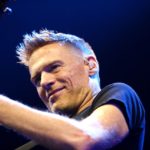 The Canadian rocker belted out hit after hit to the sold out crowd of 12,000 strong who sang along to every word. Monday night was the first of three shows for Adams – a second is slated for Tel Aviv Tuesday and a third in Jerusalem’s Payis Arena on Wednesday. Continue Reading »