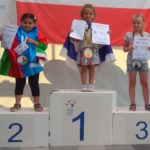 The president, Tariq Zaroog, said that he as an administrator of the top chess body in the country is stepping down and offered his apologies to the Palestinian and Sudanese people, according to the report. Continue Reading »

Boris Gelfand claims he was unaware of ‘extend of interest in the match in Israel;’ hopes coverage will generate momentum for Israeli chess.

MOSCOW – Boris Gelfand said on Thursday that he hadn’t really been aware of the stir he was causing in Israel during the World Chess Championship, but now that he knows, he considers it a “huge thing” – both for him and for chess in this country.

In an interview with Haaretz, Gelfand was asked how he felt suddenly being a household name in Israel. “I wasn’t completely aware of the extent of the interest in the match in Israel,” he said. Continue Reading »

Championship will be decided in rapid games said to be Anand’s strength.

MOSCOW – Defending champion Viswanathan Anand forced challenger Boris Gelfand to think more deeply on Monday than during the previous 11 games, but the Israeli came up with a brilliant move that forced a 10th draw and sent the match into a tiebreaker.

The two grandmasters will now play four rounds of rapid chess, in which each player gets 25 minutes to make his moves, plus 10 extra seconds for every move. If that round doesn’t decide a winner, the pair will face off in several rounds of blitz chess – five minutes plus three extra seconds per move.