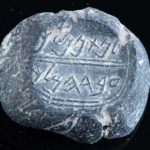 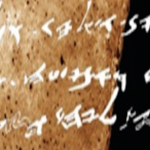 Researchers at Tel Aviv University use multispectral imaging technology were able to read additional letters and words in the existing inscription dating back almost 3,000 years, on one side of the clay, and to their surprise, three “new” lines appeared.

Researchers at Tel Aviv University have uncovered a Hebrew inscription on a shard of pottery dating back to the First Temple era (the 11th to 5th centuries BCE) using new multispectral imaging technology, the “Plos One” multidisciplinary scientific journal reported Wednesday.

The shard, discovered decades ago, was believed to have been inscription-free on one side, but the multispectral imaging technology revealed it was used as part of a delivery of supplies to a military unit sent to Tel Arad, west of the Dead Sea. Continue Reading »