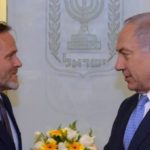 “It is important that there is confidence that Danish assistance is going for the right purposes,” said Anders Samuelsen, Foreign Minister. Continue Reading » 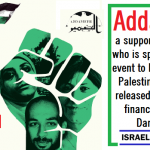 Former Shin Bet Chief and current MK, Yaakov Perry of Yesh Atid, points out that the Danish government is defying the EU’s policies against boycotting Israel by clandestinely funding the BDS through proxy NGOs.

MK Yaakov Perry (Yesh Atid), presented Danish Parliament Speaker Pia Kjærsgaard with a list of organizations her country funds that promote boycotts of Israel, calling on her to fight the anti-Semitic boycott, divestment and sanctions movement during her visit to the Knesset Wednesday.

“Denmark is part of the European Union, and it cannot be that it’s government funds anti-Israel organizations. These actions defy the EU’s policies against boycotting Israel,” Peri, the head of the Knesset’s delegation to the European Parliament, said. Continue Reading »