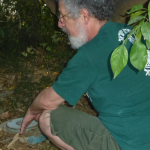 More people have been killed recently by land mines in Colombia than in any other country.

IDF demonstrates no ill will toward Palestinian Arabs by clearing Jordanian mines from field next to Bethlehem suburb.

Once again demonstrating that it harbors no ill will toward the Palestinian Arabs, the Israeli army recently got to work clearing land mines from Arab-owned fields in the vicinity of Bethlehem.

Well, of course the Israeli army should do so, it probably planted those mines in the first place! Except that, no, the IDF didn’t do so. The mines were planted by the Jordanian army prior to the Six Day War in 1967. Continue Reading »

‘Ticking bomb’ land to be cleared for agriculture

INMAA launches first de-mining project in a multi-year plan to clear minefields for agricultural use.

About one percent of Israel’s land contains live minefields, and in a country as small and crowded as Israel, that one percent is important; especially if the land poses an unnecessary threat to its citizens. 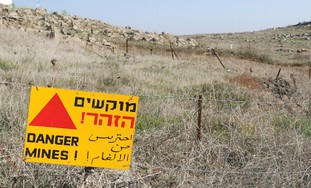 A minefield on the Golan Heights - Photo: Ariel Jerozolimski

The Israeli National Mine Action Authority (INMAA) was established in 2011 after the Knesset passed the Land-Mine Clearance Law. Today in Israel, there are more than 130,000 dunam of minefield and/or mine affected territories that are no longer considered essential to national security.