Tag Archive for Ministry of Finance 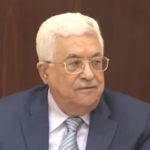 An Israeli gov’t foreclosure order for the sum of 500,000 shekels was issued to the Abbas gov’t after having not paid the damages derived from a verdict the Jerusalem District Court handed down 4 months ago, when the PA was deemed responsible for the illegal detention, torture and even murder of ‘collaborators’ with Israel.

Israel’s Execution Office presented the Ministry of Finance with a foreclosure order on NIS 500,000 in Palestinian Authority (PA) funds, to be received as court-mandated reparations for collaborators with Israel who were caught and tortured by the PA’s security forces.

The Execution Office is tasked with ensuring a debtor who received a favorable judgment receives their due recompense, and to that end is entitled to seize property or funds owned by the defendant. Continue Reading »