Interview with ‘Son of Hamas,’ after shocking the Palestinian delegation, and UNHRC 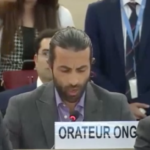 In an exclusive interview with Dr. Manfred Gerstenfeld, Arutz Sheva reports reaction from Mosab Hassan Yousef, whose video speech at the UNHRC went viral, after stunning the UN members with his blunt, non-PC speech.

“Hamas, which I know well, is an ideological political organization that views extreme violence as a means to achieve its political ends. In the 21st century an individual or group that tries to achieve its goals by violent means should not be legitimized by anybody. In my definition, Hamas is a terror organization.

“I have seen how radically different the behavior of democratic Israel is from that of Hamas and Fatah. Continue Reading » 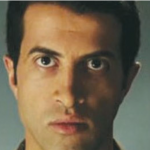 Son of Hamas leader, Mosab Yousef, 38, who was born in Ramallah, and exposed Hamas’s terrorist methods, goals and how it is seeking the conquest & the destruction of Israel, will speak at the Jerusalem Post Conference in NYC.

Mosab Hassan Yousef, known as “The Green Prince” after the award-winning documentary made about his spectacular life story, has accepted an invitation to speak at the 5th Annual Jerusalem Post Conference in New York on May 22.

The son of West Bank Hamas leader Sheikh Hassan Yousef, he operated as an agent for the Shin Bet (Israel Security Agency) from 1997 to 2007, providing it with key intelligence in its counterterrorism operations against Hamas. Continue Reading »