Survey: Netanyahu is only person Israelis trust with their security

Unlike U.S. Presidents Clinton (1996) & Obama (2015) who both interfered in Israel’s political elections to defeat Netanyahu, Trump only changed Netanyahu’s “fixed or nixed” demand to “renegotiated or terminated,” but in essence, completely adopted Netanyahu’s policies on Iran.

When Barack Obama was elected president of the United States, he made an effort to bring about peace in the Middle East.

What Obama ended up accomplishing instead was repeatedly and inadvertently strengthening his nemesis, Prime Minister Benjamin Netanyahu, in the polls. Unlike with US president Bill Clinton, whose clashes with Netanyahu weakened the prime minister in his first term, whenever Obama and Netanyahu publicly sparred, Netanyahu’s support rose. Continue Reading »

SDSN Survey: Israel holds 11th place in ‘Happiest Country in the World’ for 2014

The United States falls behind Israel, ranking in at number 15.

The annual World Happiness Report published on Thursday by the Sustainable Development Solutions Network (SDSN) has ranked Israel as the 11th happiest country in the world in 2014 for the second year in a row. 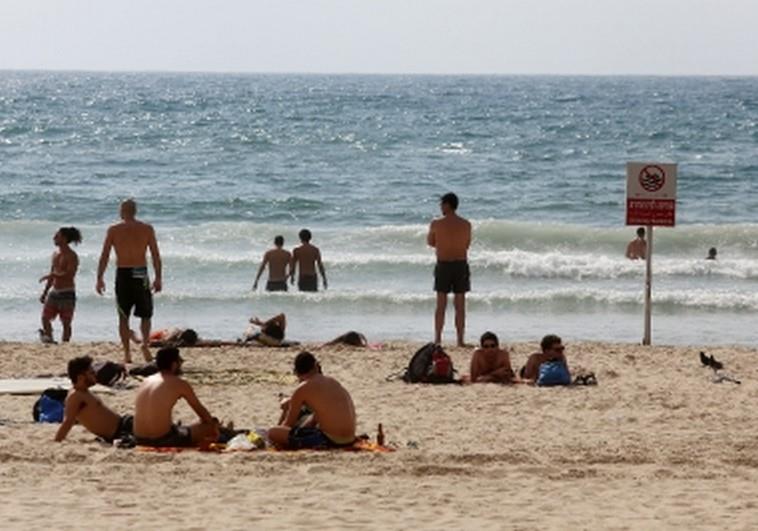 Switzerland was the happiest country on earth in 2014, followed closely by Iceland, Norway, Denmark and Canada. Rounding out the top 10 are Finland, Netherlands, Sweden, New Zealand and Australia. The United States trailed behind, coming in at number 15.

The World Happiness Report is a survey of global societal well-being that ranks 158 countries by happiness levels using variables such as GDP per capita and healthy life expectancy. Continue Reading »

Poll: Which country suffers most in ‘Suffering index’ – Not Israel!

How miserable are Americans, Israelis or even Iranians?

Despite the great affection for complaining and occasional self-loathing, Israel still ranks quite high on surveys measuring happiness and optimism. A Gallup survey released Monday, which purports to measure global suffering, ranks Israel in a low and encouraging spot: Only 4% of Israelis who responded to the organization’s questions were defined as people whose lives causes them misery.

Bulgaria takes the dubious first place for the third year in a row, with 39% of the respondents defined as “suffering”. Continue Reading »

About 58% of the Arab citizens of Israel say that the Palestinian Authority Arabs would be justified in starting a violent rebellion (“intifada”) if the diplomatic process does not advance. A similar percentage advocate an “intifada” by Israeli Arab citizens if their situation does not improve considerably, according to a poll, which was carried out by Prof. Sami Samoha of Haifa University, with the Israeli Democracy Institute.

The views are in line with the call Monday by an Arab Knesset Member, for an Arab intifada inside Israel. Continue Reading »

40% of Palestinian Muslims see suicide bombing attacks on civilians justified, while half take opposite opinion.

Out of all the Muslim respondents in a global survey, Palestinian Muslims polled highest in favor of suicide bombings as a justifiable means “to defend Islam.”

Girl dressed as a suicide bomber at a Hamas rally in the Gaza Strip – Photo: Reuters

A new Pew Research Center survey of Muslims around the globe finds that most adherents of the world’s second-largest religion are deeply committed to their faith and want its teachings to shape not only their personal lives but also their societies and politics.

Extra points went to Canada for the desirability of its passport & Switzerland  for the quality of its chocolate.

Israel is a much better place to be born today than Britain, the Economist has reported.

The Economist Intelligence Unit (EIU), the sister company to The Economist has produced a quality of life index that measures which country will “provide the best opportunities for a healthy, safe and prosperous life in the years ahead.”

According to the survey, Israel is the 20th best country to be born in today, far above Britain in 27th place. The results are in stark comparison to a survey the EIU conducted in 1988, which put the UK in 7th place and Israel at number 30. Continue Reading »