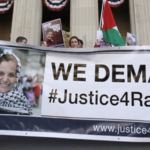 At the same time, Germany canceled Odeh’s visa and demanded she leave the country. Continue Reading » 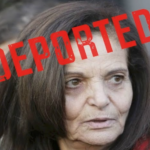 Convicted Palestinian terrorist Rasmea Odeh, 70, is deported to Jordan after pleading guilty to concealing her 1970 terrorism convictions when she applied for U.S. citizenship in 2004.

A Chicago Palestinian terrorist with a decades-old record of bombings in Jerusalem will be deported to Jordan on Tuesday, her spokesman said.

Odeh pleaded guilty in April to concealing her convictions when she applied for US citizenship in Detroit in 2004. Continue Reading » 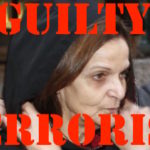 Rasmea Odeh was convicted of immigration fraud as part of a plea deal by the same court in April with Thursday’s deportation sentence being mostly a last formal step before she is sent on her way. Continue Reading »