An unarmed man from Gaza succeeded in penetrating all the IDF defenses & reach the town of Netivot. Security officials concerned.

A man from Gaza managed to get past several layers of IDF security and to reach the Israeli city of Netivot shortly before Passover, Yisrael Hayom reports.

The man was unarmed and apparently did not plan to carry out a terrorist attack. His infiltration has caused great concern in the defense establishment regardless, as it is feared that he could have shown terrorists a way of entering Israel.

In addition, military commanders are concerned that the man may have been a terrorist doing reconnaissance. Continue Reading »

Expert: “Without Israel, Cyprus & Saudi Arabia are toast, and they know it.”

Strategy analyst Mark Langfan: “Without Israel, oil would be $1,000 a barrel. Without Israel, the US would have to fund an extra $200 billion yearly defense budget to defend southern NATO countries from a Muslim caliphate’s northward tsunami.”

The U.S. is not doing Israel any favors by granting it special status as a strategic ally, according to New York based strategy expert Mark Langfan. He predicts a domino effect in which other U.S. allies in the region would collapse, if, G-d forbid, Israel does..

“Without Israel, Cyprus and Saudi Arabia are toast,” Langfan told Arutz Sheva, “and they know it.” Continue Reading »

IDF Chief of Staff Lt. Gen. Benny Gantz appeared before the Knesset Foreign Affairs & Defense Committee, and in line with a new policy, no information was passed to media on what was said.

Gideon Allon
The Knesset Foreign Affairs and Defense Committee decided on Tuesday to impose a blackout on an appearance of Israel Defense Forces Chief of Staff Lt. Gen. Benny Gantz before the committee, even though Gantz’s statements contained no secret information, according to people who were present.

The head of the Knesset Foreign Affairs and Defense Committee Avigdor Lieberman approved the decision to bar the media from reporting on some of the committee’s meetings. 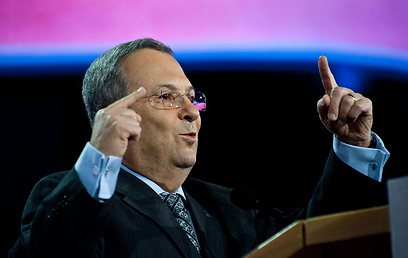 Speaking at the AIPAC conference in Washington Barak proposed signing an interim agreement which would guarantee Israel’s security. He warned that if such an agreement cannot be reached, Israel would have to take unilateral steps to prevent a bi-national state. Continue Reading » 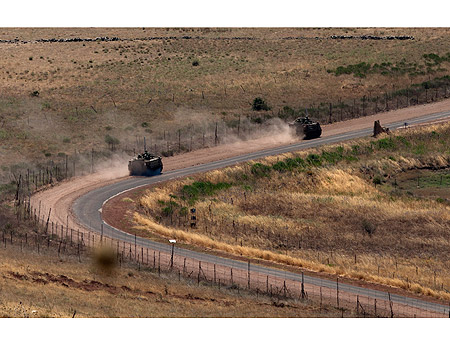 “The IDF is reinforcing the fence between Israel and Syria by adding more barbed wire,” one Israeli official said, indicating that it was motivated by “fears that refugees from the Syrian side could cross it.”

With the clashes spreading across the Syrian side of the border, Israeli troops were put on “very high” alert, the source said, speaking on condition of anonymity. Continue Reading »

Illegal Entry: No Need to Sneak In, Just Take the Bus

PA Arabs are able to enter Israel illegally without cutting through fences, simply by getting on public transport.

Soldiers, Border Police, and other security forces work around the clock to fight illegal Palestinian Authority entry to Israel. At the same time, however, PA Arabs are able to travel to the heart of central Israel without the need to go through any security checks, simply by boarding a bus.

Malkiel Feder of Har Bracha in Samaria was traveling to the city of Ramat Gan on a bus run by the Afikim company when he noticed that PA Arabs were getting on and off freely. Continue Reading »