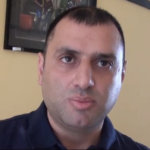 Suheib Yousef, son of the co-founder of Hamas, Hassan Yousef, exposed the terror’s group underside and rampant corruption to an Israeli journalist on Wednesday. Suheib, fed up with the duplicity he was privy to at his senior position for Hamas in Turkey left the organization a month ago, fleeing to an unknown location in Asia. Continue Reading »