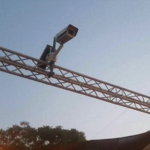 Peace & Quiet at the Dome of the Rock on the Temple Mount as Waqf clerics continue to reject security measures.

Contrary to an agreement made by Israel, the U.S. and Jordan’s King last October, Jordan’s Prime Minister said that Palestinian opposition to the surveillance led to the decision.

Jordan is suspending the plan to install security cameras around the flashpoint Temple Mount complex over Palestinian opposition to it, Jordan’s Prime Minister Abdullah Ensour said on Monday, according to Jordan’s Petra news agency.

The site, considered holy to both Muslims and Jews, is known to Muslims as the al-Aqsa Mosque compound. Jordan retains custodial rights, administered by the Waqf, but Israel controls access. Continue Reading »

Israel considers the move an achievement, as according to one senior Jerusalem source, it would enable Israel to monitor and document Muslim rioters.

The deadlock on the installation of the cameras, which were originally intended to be fitted within days after the agreement, has led Israeli officials & Western diplomats to believe that violence could flare up on the Temple Mount  during the upcoming (Passover) Jewish holidays.

The installation of security cameras on the Temple Mount in the Old City of Jerusalem, as part of measures agreed on between Israel and Jordan to try and deescalate tensions over the holy site has still not occurred, over three months after the agreement was reached. 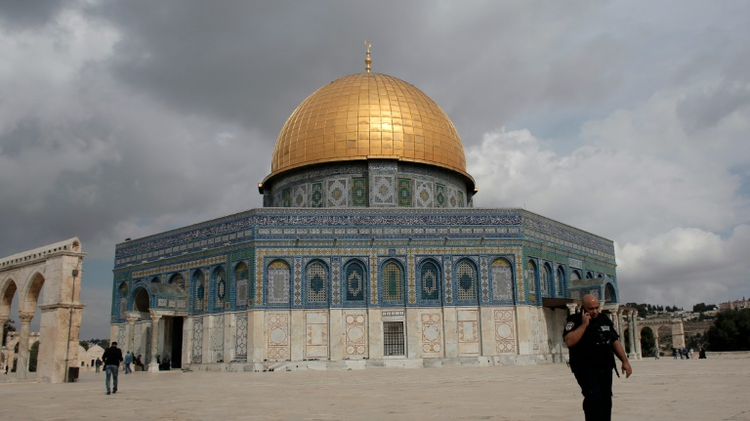 An Israeli policeman walks in front of the Dome of the Rock at the Al-Aqsa mosque compound in Jerusalem’s Old City on October 27, 2015.

Senior Palestinian cleric rejects the Israeli-Jordanian compromise for the Temple Mount, saying any security camera Israel installs will be destroyed within hours.

A senior Palestinian Arab religious cleric on Thursday criticized the agreement over the Temple Mount which was brokered by Secretary of State John Kerry, threatening that Muslims will break any camera that Israel places on the compound.

Speaking to the Hamas-affiliated Palestine newspaper the cleric, Najah Bakhirat, said that the agreement has not reduced tension, but on the contrary, it placed the Al-Aqsa Mosque on the negotiating table, which the Palestinians were trying to avoid. Continue Reading »