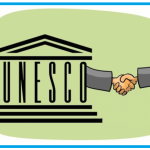 Both the United States and Israel have announced their withdrawal from the agency at the end of the year due to its “anti-Israel” bias, the US said at the time of its announcement last October. Continue Reading »