Tag Archive for US UK 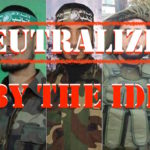 Palestinian leaders furious with the UK backing Trump’s veto of untrue propaganda statement Kuwait submitted for the Palestinians at the UNSC, claiming that the Gaza border riots were actually “peaceful demonstration.”

US President Donald Trump at the weekend instructed his ambassador to the United Nations, Nikki Haley, to block a Security Council statement blaming Israel for Palestinian deaths during Friday’s Hamas-led riots along the Gaza security fence.

Hamas reported that at least 16 Palestinians had been shot and killed by Israeli forces after the terror group sent some 30,000 Gazans to attempt to breach the barrier and enter southern Israel. Continue Reading »

Trump tells UK PM Kay, ‘Protect Israel Until I Get in Office’ 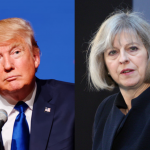 Ahead of Paris conference, US President-elect Trump calls on UK Prime Minister Theresa May to use her UN Security Council veto power to protect Israel, since he can’t trust Obama.

US President-elect Donald Trump on Sunday urged Britain to veto any new anti-Israel resolutions at the UN Security Council this week.

There is some concern that after yesterday’s “peace” summit in Paris, the Palestinians and their allies will introduce another motion, possibly recognizing an independent Palestinian state.

After this Friday, January 20, Trump will be in the White House, and intends to slap down any UN efforts detrimental to the Jewish state. Continue Reading »