Qatar, which bankrolled Hamas in their war between Gaza and Israel, is now indirectly financing the treatment of the wounded IDF soldiers.

The chances that a link, however tenuous, exists between the inheritance of a rich French widow, the organization of disabled Israeli veterans and the royal Qatari family is virtually nil, and yet that is exactly what happened with the sale and acquisition of an apartment in a luxury quarter of Paris.

The Paris building in which an apartment was sold by an Israeli war veterans organization to the Emir of Qatar – Photo: StreetView GoogleMaps

The family of the Qatari ruler, Sheik Tamim Ben Hamad Al-Thani, one of the two main sponsors of the Hamas terror organization, has bought an apartment in the upscale 8th quarter of the French capital for the modest sum of 2.5 million euro (about $3 million). The apartment was bequeathed to the official Israeli association of disabled veterans by Danielle Suzanne Davis.

Davis was the daughter of Jacques Haik, a wealthy film producer who founded Paris’ famous Rex cinema in 1932, where France was introduced to the films of Charlie Chaplin. Haik was also responsible for the name “Charlot” given to the iconic Chaplin character The Tramp in French and other languages.

Danielle (Dany) Haik went on to marry another film producer, Jean Davis. Their son, Yves, had the French production rights for numerous television series. But both her husband and her son died prematurely, and Danielle Davis found herself the owner of a fortune which she used for the benefit of numerous charitable associations.

Having retired to Cannes, several years ago Dany Davis bequeathed her Paris apartment on the fashionable Avenue Montaigne to the Israeli charity of disabled veterans.

Dany Davis passed away on May 16, 2011, and a short time after her will was executed, the cash-strapped Israeli organization decided to put up the apartment for sale. The property was estimated at a value of 2.1 million euro ($2.5 million). But to everyone’s surprise, a member of the Qatari royal family, Emir Abdul Rahman Mohamed Jabar al-Thani, made a purchase offer of 2.5 million. 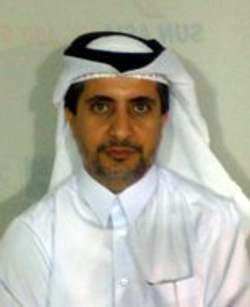 Before carrying out the transaction, the Israeli organization had to be recognized in France as a public entity in order to avoid a 60-percent inheritance tax on the value of the property. The organization engaged the services of a lawyer, who managed to get it recognized by the French state and to thus exempt it from the death duties.

The transaction could now finally be carried out, but given the sensitive nature of the deal, the Qatari buyer was informed that the proceeds of the sale would be transferred to Israel for the benefit of Israeli army veterans.

Once again, to the surprise of the organization, the Qatari emir approved the purchase of the property for the benefit of disabled Israeli soldiers.

The Marker, which is the financial section of the daily Haaretz, has raised some questions regarding the sale. Although the disabled veterans organization claims that the emir of Qatar submitted the highest bid and that all legal formalities were observed, “there is no detail supporting this in the minutes of the organization that were obtained by TheMarker. Despite repeated requests, the organization has refused to turn over basic documentation related to the sale that would support the group’s contention that the sale to the Qatari sheikh came after a bidding process in which there were a number of offers.”

Knesset member Moshe Matalon, himself a disabled veteran who served as the organization’s longtime chairman until 2009, called the receipt of the funds from the emir of Qatar “a total loss of values,” adding that “an apartment that is received from a donor can’t be sold to a country that funds terror in Gaza. …”

Marc Femsohn is an editor on the i24news web site.