Palestinians arrested for violently abusing a striped hyena, an endangered species, after ostentatiously posting a self-incriminating video to the internet.

Three Palestinians have been arrested for allegedly abusing a striped hyena, the police said, after an IDF patrol caught two of them with wounded animal and connected a third to the incident through a video posted online. 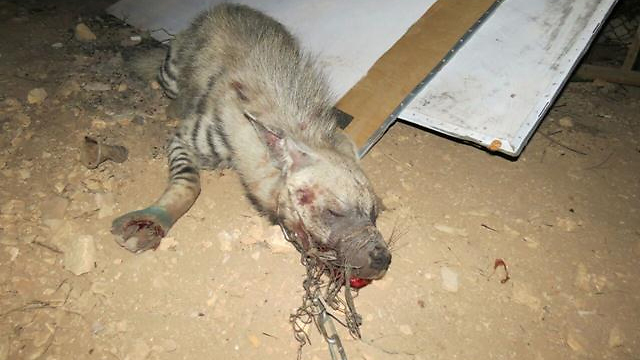 The Palestinians, from Beit Umar, were caught with the animal on Friday, the eve of Yom Kippur, near the settlement of Kfar Etzion, a few hours after the Nature and Parks Authority saw it in a video posted online.

The IDF patrol alerted the Nature and Parks Authority who were called to the scene to examine the creature. “He was not in life threatening condition, but he needed medical attention,” Dr. Dudu Zakai, a vet for the authority told Ynet.

The video posted to YouTube shows the Palestinians holding the animal on a metal chain; a muzzle had been placed on the hyena to prevent from biting.

In the video, the Palestinians could be seen pulling the animal’s tail and continually kicking it. The animal was being held in room somewhere in the Palestinian Authority and was seen bleeding from its legs. 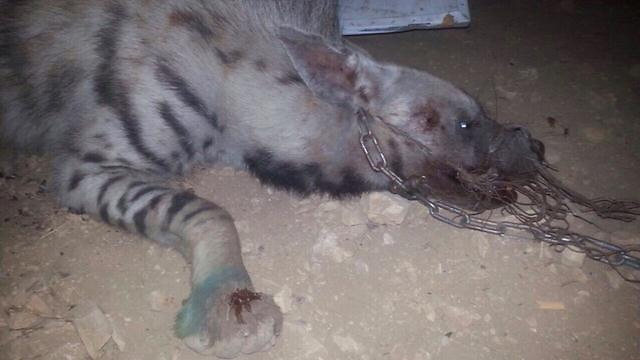 The hyena tied up – Photo: Israel Nature and Parks Authority

The authority passed the video to the police, and the police commander noticed that two of figures in the video had been found with a hyena earlier. “In the video there were two Palestinians whom we questioned before the holiday,” the commander said.

In wake of their previous interaction, the forces had no problem finding the men and the following Sunday, IDF forces entered the area to arrest them and take them in for questioning.

The three were taken in together with officials from the authority and denied the allegations.

“They claimed they had taken care of the animal and said they tied him up for their own protection.” 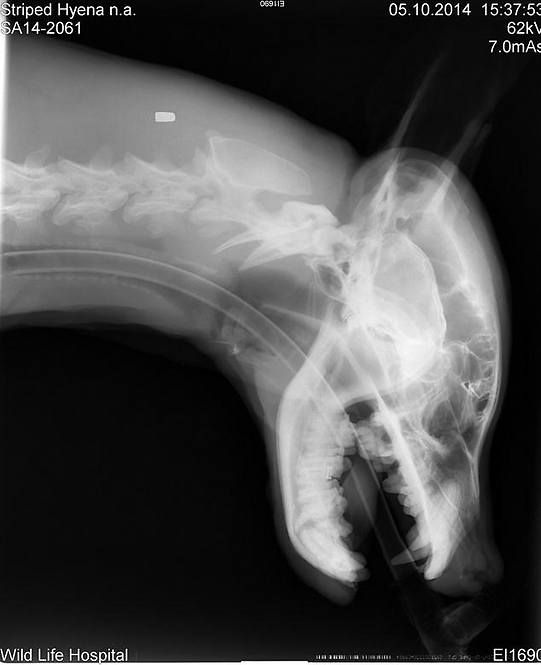 However the video proved otherwise: “The video shows them with the animal,” an official from the authority said, and it completely destroyed their version of events.

The hyena is still receiving medical care, but his doctors say he will be able to return to the wild within three months.

The Ofer Camp Military Court extended the three’s remand by an additional eight days and the case is still being investigated. However, the authority hopes to bring abuse charges against the group, especially in light of the fact that the hyena is an endangered species.