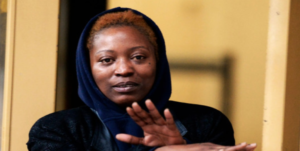 Tiffany Harris, a 30-year-old woman charged with punching and cursing three Jewish women in Crown Heights, was arrested on charges of menacing, harassment, and attempted assault. Though she admited to both slapping and cursing her victims, and the current case is not the first time she has committed assault, she was released after a few hours without prosecutors even requesting bail.

Harris has now been accused of punching a 35-year-old in the face in Prospect Heights, Brooklyn, on Sunday, the New York Post reported.

It is unknown if Harris’ latest victim is Jewish. Police are not treating the incident as a hate crime.

Harris was one of three perpetrators of recent anti-Semitic attacks on Jews in New York who were released without bail as part of newly enacted “bail reform” laws.

Under the legislation, only assaults that result in physical injury would require bail. Judges have begun to apply the law even though it does not go into effect until January 1.