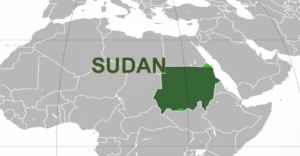 In a telephone call with Trump held in front of reporters at the White House, Israeli Prime Minister Benjamin Netanyahu also welcomed what he called a rapidly expanding circle of peace.

President Donald Trump’s decision to remove Sudan from the US list of state sponsors of terrorism helped pave the way for Khartoum to become the latest Arab state to reach a deal on rapprochement with Israel, the official told Reuters, speaking on condition of anonymity.

It would mark a new foreign policy achievement for Trump as he seeks re-election on Nov 3 trailing in opinion polls behind Democratic rival Joe Biden.

Trump announced on Monday he would take Sudan off the terrorism list once it deposited the $335 million it had pledged to pay in compensation. Khartoum has since placed the funds in a special escrow account for victims of al-Qaeda attacks on US embassies in Kenya and Tanzania in 1998.

Trump on Friday formally notified Congress of “his intent to formally rescind Sudan’s designation as a State Sponsor of Terrorism,” the White House said, It called the move a “pivotal turning point” for Khartoum, which is seeking to emerge from decades of isolation.

From 3 NO’s to 3 YES’s:
In 1967, the Arab world infamously declared in Sudan’s capital no recognition, no negotiation, and no peace with Israel. Today, Sudan joins the UAE and Bahrain as the 3rd Arab country to make peace with Israel in 2020.
🇮🇱 🇦🇪 🇧🇭🇸🇩 🇺🇸

At the same time, Trump’s aides have been pressing Sudan to take steps toward normalizing relations with Israel, following similar US-brokered moves in recent weeks by the United Arab Emirates and Bahrain.

The agreement is expected to commit to initial steps on economic and trade relations, with issues such as formal establishment of diplomatic ties and exchange of ambassadors to be resolved later, the senior US official said.

A key sticking point in the negotiations was Sudan’s insistence that any announcement of Khartoum’s delisting from the terrorism designation not be explicitly linked to establishing ties with Israel.

The military and civilian leaders of Sudan’s transitional government have been divided over how fast and how far to go in establishing ties with Israel.

Sudan’s designation as a state sponsor of terrorism dates to its toppled ruler Omar al-Bashir and has made it difficult for its transitional government to access urgently needed debt relief and foreign financing.

Many in Sudan say the designation, imposed in 1993 because Washington believed Bashir was supporting militant groups, has become outdated since he was removed last year.

US congressional legislation is needed to shield Khartoum from future legal claims over past attacks to ensure the flow of payments to the embassy bombing victims and their families.