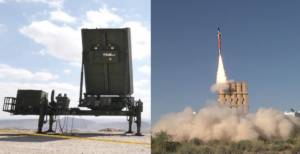 Four months ago, Israel’s Defense Ministry announced that the U.S. military would purchase the system from its developer, Rafael Advanced Defense Systems Ltd., under an agreement between the ministry and the U.S. Department of Defense “for immediate needs of the U.S. Army.”

“Iron Dome is a proven defense system that will provide increased protection for our troops in the field,” Sherrill said in a statement. “Access to this technology addresses critical gaps in our current capabilities.”

Since it was deployed in 2011, Iron Dome has intercepted over 2,000 rockets fired at Israel from Gaza.