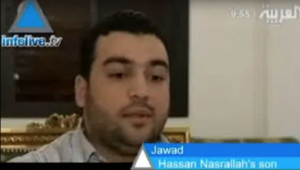 The State Department also blacklisted Al-Mujahidin Brigades (AMB), which it said had links to Hezbollah and had plotted a number of attacks against Israeli targets from a base in Palestinian Authority-assigned areas of Judea and Samaria.

“Today’s designations seek to deny Nasrallah and AMB the resources to plan and carry out terrorist attacks,” the State Department said in a statement quoted by Reuters.

It said the actions denied Nasrallah and AMB access to the US financial system.

The United States has in the past imposed several rounds of sanctions on Hezbollah and officials affiliated with the terror group.

The legislation, known as the Hezbollah International Financing Prevention Amendments Act, was sponsored by Sen. Marco Rubio (R-FL). The bill ramps up reporting requirements and places further financial and economic sanctions on the group.

Earlier this year, the Treasury sanctioned one of the financiers of Hezbollah and its representative to Iran, as well as five entities based in Europe.

The sanctions came a day after the US and its Gulf partners imposed sanctions on the leadership of Hezbollah, including Nasrallah and his deputy Naim Qassem.