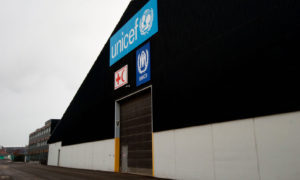 “There are tens of thousands of aid workers around the world with pedophile tendencies, but if you wear a UNICEF T-shirt nobody will ask what you’re up to,” Andrew MacLeod, the former chief of operations at the UN’s Emergency Co-ordination Center, said in an interview with British tabloid The Sun on Monday, adding that an estimated 60,000 cases of sexual exploitation had been committed over the last decade by 3,300 pedophiles working in the organization.

“Child rape crimes are being inadvertently funded, in part, by United Kingdom tax-payers,” he added.

In an interview with CNN last week MacLeod argued that aid jobs throughout the developed world are used by abusers as an easy way to gain access to vulnerable women and children.

“The National Crime Authority in the United Kingdom has been warning since 1999 that as we crack down on pedophiles in the developed world, the predatory pedophiles are now going to the developing world to get access to children […] worse, the National Crime Authority has been warning that predatory pedophile’s chosen methodology to gain access to children is to join a children’s charity.”

“The charities have a higher than normal obligation to ensure they do everything they possibly can in training, prevention and detection and, critically, prosecution,” he emphasized.

The scandal comes after a report by Reuters last Friday claimed that Oxfam, one of Britain’s biggest charities, condemned the behavior of former staff in Haiti who had allegedly paid for sex while on a mission to help those affected by the 2010 earthquake.

As a reaction to the Oxfam scandal, British aid minister Penny Mordaunt said Britain will cut off aid funding from any organization that does not comply with a new review into charity work overseas and called the acts “utterly despicable,” according to Reuters.

In an official statement on the UN website Guterres asserted: “Let us declare in one voice: We will not tolerate anyone committing or condoning sexual exploitation and abuse. We will not let anyone cover up these crimes with the UN flag. … Let us make zero tolerance a reality.”