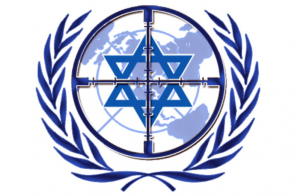 U.N. still seeking compensation of $1.17 million for 1996 shelling of UNIFIL compound in Qana, a Hezbollah-controlled village in south Lebanon.
• Israel’s envoy to the U.N. Danny Danon responded, “This is an absurd situation in which Israel is urged to pay for the war crimes of a terror organization.”

A major U.N. body has demanded Israel pay restitution for the accidental shelling of a U.N. compound in the south Lebanese village of Qana in 1996.

During Operation Grapes of Wrath, the Israel Defense Forces, while engaged in heavy fighting with Shiite militant group Hezbollah, accidently bombarded a UNIFIL compound that also served as a refugee camp. The compound provided shelter for some 800 Lebanese civilians, 106 of whom were killed in the attack.

The Fifth Committee of the United Nations General Assembly, which is responsible for administration and monetary matters, has been urging Israel to pay compensation of $1.17 million.

Danny Danon, Israel’s envoy to the U.N., said in a statement that Israel is refusing the U.N.’s demand. “Hezbollah terrorists were those who had attacked Israel and its civilians, while using the citizens of Lebanon as a human shield, and Israel is the one that ends up with a restitution demand,” said Danon.

“This is an absurd situation in which Israel is urged to pay for the war crimes of a terror organization,” he added.